This year was kinda weird for horror movies. We not only saw plenty of Found Footage attempts but it seems like the occult and ghost flicks like The Conjuring make some box office bucks. I try and give them all a fair shake but most times the over marketed tend to fall flat for me. So I hope this list gives the Horror Hounds something different to seek out.

Eli Roth starred in and co wrote this natural disaster flick. Being a fan of his there was no reason to skip this one. We see a group of 20/30 ‘somes’ party their way through the beautiful Chile. A massive 8.8 earthquake hits causing devastation and releasing a prison full of criminals. The group must survive and we know some will not.

This movie is 50/50 disaster flick and gore or horror flick. You can see Roth’s involvement in everything from the characters to the gruesome kills. I went into this expecting another movie with a named slapped on it to up the sales. What I got was a fun blood filled ride that left me wondering when Roth’s Green Inferno will hit. 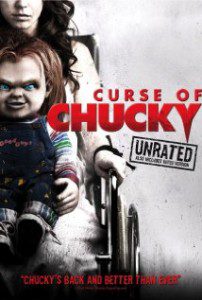 So we have a pretty worn out slasher series from the 80’s looking for a revival? Sure, why not. This one screamed CASH GRAB! the instant it was announced. We see the Chucky doll has been retooled a little and sent to a new recipient whose mother dies shortly after opening the box. A bunch of killing and cocky doll commentary will ensue. If it were not for Don Mancini back at the helm this would have been skipped instantly.

This was another title I held a woeful eye to. Sequels tend to piss me off and the longer between the features, the more stale they are. Curse of Chucky bucked that trend and somehow managed to keep me quite entertained. Other than a few slips in story and animatronics, this was a fun ride.

You either love or hate the V/H/S series. I have spent countless hours arguing the positives only to be told that the shaky cam Found Footage crap sucks. I usually agree but this series did something right. We get a few stories again this time revolving around investigators watching the elusive tapes which lead to death.

This time around the budgets were given a shot in the arm and the writing was tighter. These stories were also a lot crazier than the previous V/H/S. The last one featuring the cult just about made my wacky little Wedsnesday. See the movie if you have not already.

Nothing could have sounded more ‘paint-by-numbers’ then our next title. If you think home invasion flicks are played out, you might not be that far off. There have been a handful in recent years and all were pretty much mediocre. You’re Next aimed to change it up a little with some humor and a surprisingly solid female lead.

So the set up here is pretty minimal, big deal. A family decides to have a reunion at their delapitated vacation house in the woods. I know, snooze bore-fest. Shortly after the set up things take a nasty turn and you will be cheering for the female protagonist 100%. Throw in a twist I should have seen and somehow missed towards the end, and you have an instant throwback classic. 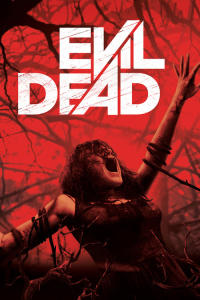 This one had my attention from the moment it was announced. I was not interested in supporting this as much as completely ripping off the project’s head and sh*tting down it’s throat. Evil Dead is a classic story of friends spending some quality time in a desolate cabin. In reality this would be the third mutha f*cking time some remade something that didn’t need it. Let’s move on before I pop a god d*mn neck vein.

I was wrong. Yes, it happens from time to time. Just please don’t tell my wife. This reimagining is just what it needed to be. The movie was not without bumps and hardcore fans will continue to drink their hater-ade while hailing the original. If you want a good gore filled treat, Evil Dead will wet your appetite.

This list was a little tough and could have easily went to 10. Some other honorable mentions were: Contracted, The Purge, Maniac and The Conjuring. 2013 was not a horror year but we saw plenty of time in the box office. The success of horror movies will only lead to more movies seeing a wider release. So as much as I don’t want to see another Para-shit-hole Activity, I do see the positive being that at least it’s a horror flick holding the spot and not another RomCom. 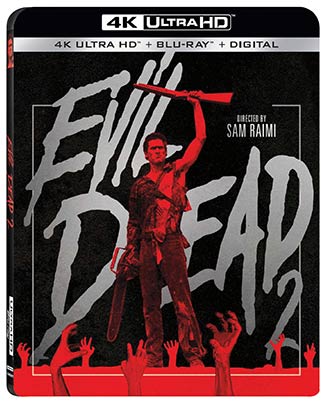