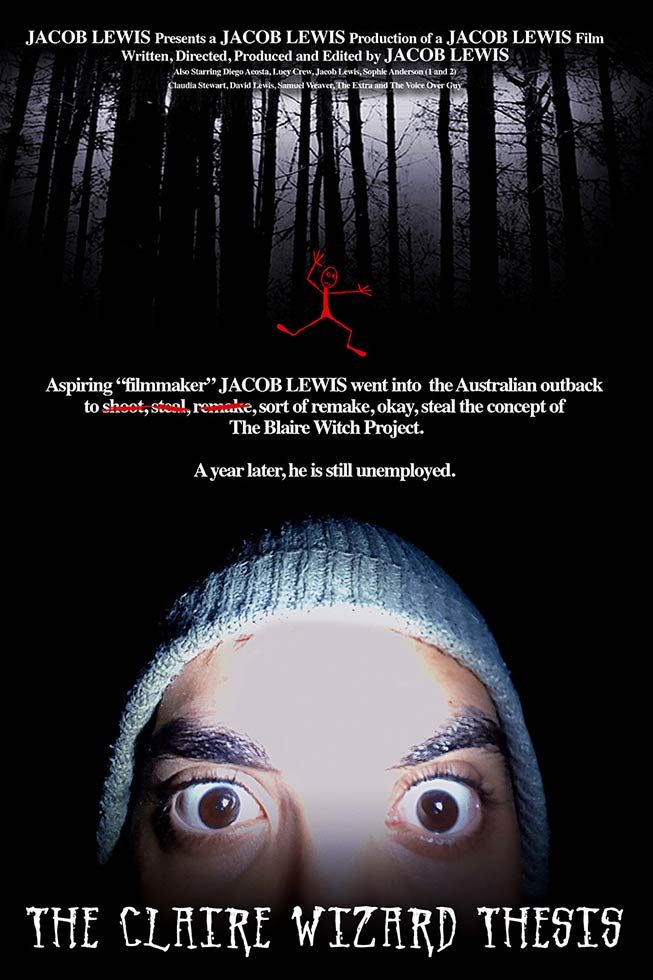 In 1999, The Blair Witch Projectwas released and went on to gross almost 250 million dollars worldwide on a mere $60,000 budget (IMDB).  Now, almost 20 years later, writer, director, actor, producer, editor and self-proclaimed “hit maker” Jacob Lewis teams with TERROR FILMSto bring you the laziest excuse for a found footage film you will ever bear witness too. We bring you THE CLAIRE WIZARD THESIS!

The brainchild of Australian based actor and writer Ishak Issa, THE CLAIRE WIZARD THESISis a comedy horror spoof. The film follows a group of actors and crew into the Australian outback, led by aspiring filmmaker and ego-maniac Jacob Lewis.Lewis’ plan is to make his own version of the 1999 hit, with dreams of becoming the next big Hollywood director. There is only one problem – he has no idea what he’s doing and neither does any of the cast or crew.

The film was nominated for several awards. THE CLAIRE WiZARD THESISwas nominated for a Jury Award for “Best Screenplay,” as well as “Best Editing” and “Best Actor(Alex Dona).” The film went onto win the Jury Award for “Best Foreign Feature” at the Macabre Faire Film Festival.  Jacob Lewis claims the film was also accepted into Sundance, TIFF, Berlin, Cannes, Tribeca and the SXSW Film Festivals? However, TERROR FILMSwas unable to verify these claims. Found footage director Lewis has stated: “as I’m sure my cast and crew would agree, I’m a genius and I expect The Claire Wizard Thesis will be both a financial and critical hit. I look forward to seeing my 100% Fresh Tomatometer Score on Rotten Tomatoes!”

Although a difficult decision due to Lewis’ glowing yet grossly misguided hype of the film’s pre-ordained success, TERROR FILMSopted to forego a 4000 screen theatrical release. Instead, the film will release across digital platforms on June 29th, 2018. The film will become available on: Amazon Prime, iTunes, VUDUand Tubi TVin multiple countries. This release will be followed by another on the Australian based platform OZFlixwith additional platforms and a DVD release set for a later date. In anticipation of the film’s release, the genre distributor is sharing the official trailer, poster and some stills, here! 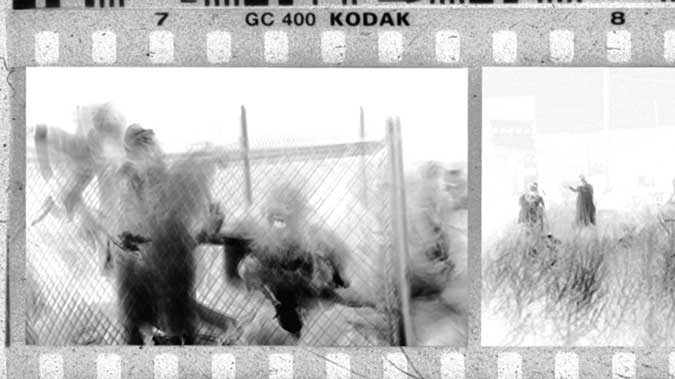 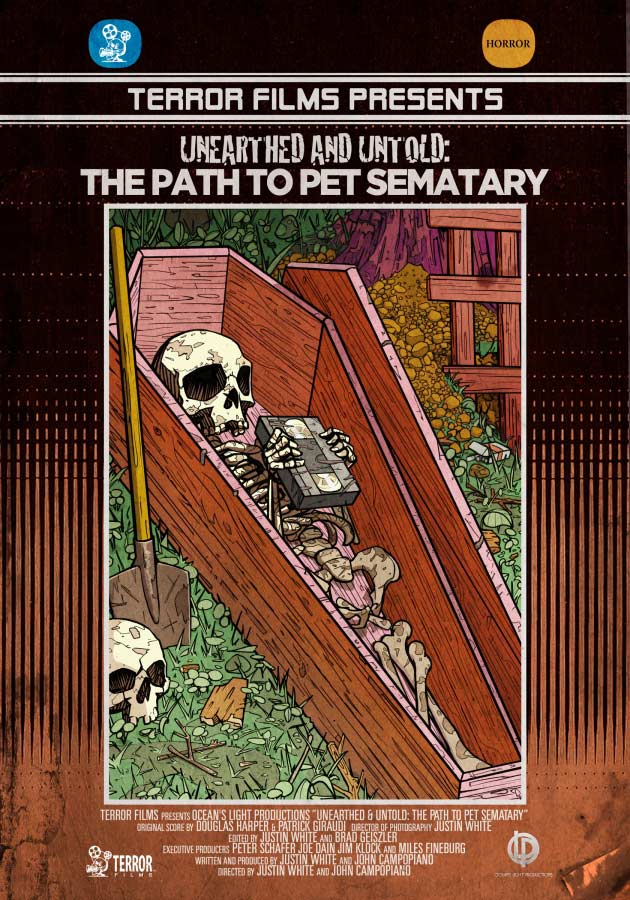 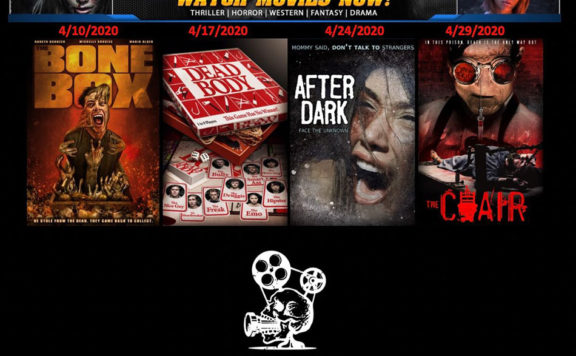 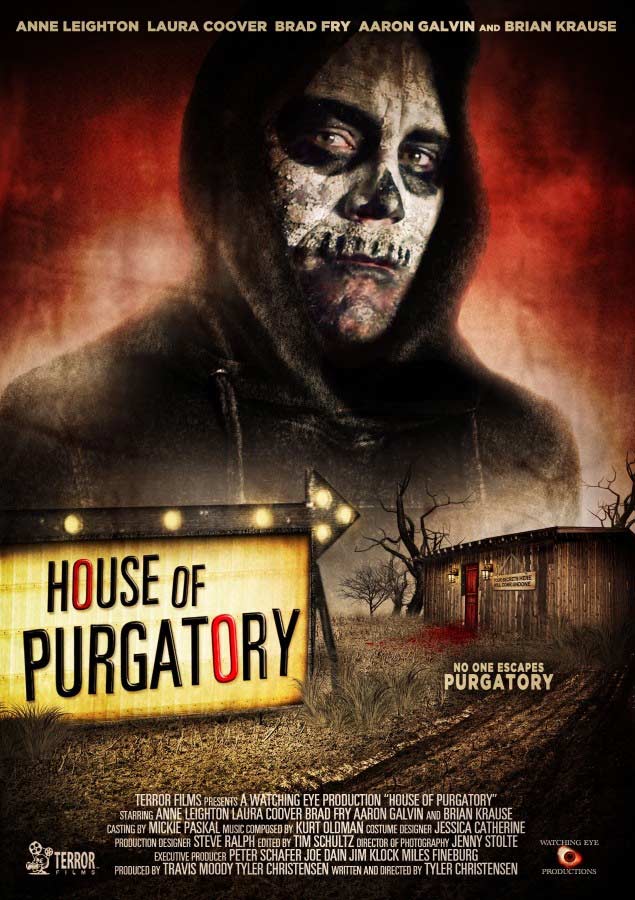