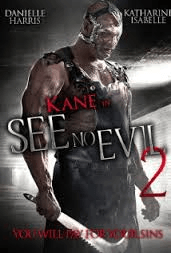 Some movies survive by riding the hype train as much as possible. See No Evil 2 had a pretty incredible media presence. Not a day went by that I didn’t see it on Facebook, Twitter or some general horror site. With the attachment of the beloved Soska sisters these occurrences only became more frequent. American Mary was a great film so adding them to the sequel of a paint-by-numbers slasher has to be a good idea, right?

See No Evil was your basic slasher flick with misfit kids, decrepit surroundings, a killer and 90 minutes to kill. I actually had to go back and watch the first movie before I could write this review as I could not remember anything besides WWE’s Kane being the killer. So the sequel does not veer far from the original material besides being in a morgue this time. We have Amy played by the lovely Danielle Harris who has decided she would rather stay and work at the morgue than celebrate her birthday. Her thoughtful friends decided to bring the party to her, so in comes plenty of things to kill and alcohol to consume.

Danielle Harris is rock solid as always. Danielle is known for being the last person standing in most of her roles but it seems the writers found a way to twist that a bit, I won’t spoil it for those still waiting to see this one. Katharine Isabelle plays best friend to Amy in the role as Tamara the serial killer obsessed groupie sex fiend. Both of the characters are pretty cliché but pulled off perfectly. Katharine’s energy did an excellent job selling every scene she was in. We saw other supporting actors like Amy’s brother and coworkers, all were sufficient but nothing worth mentioning beyond that. 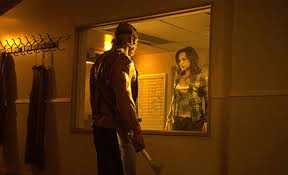 Watching the first film only confused the second one even more for me. So our killer had a signature eye gouging move and meat hook in the first but that was cut for the second film? I assume his new look is taken from things around the morgue but where the hell did the spiked machete come from? The movies take place one right after the other, so how did Tamara have so much info on the killer if it just happened last night? I was left scratching my head way too much when looking at the movies in succession. The movies could have been completely separate with some minor tweaks.

I am a big Soska fan and had the pleasure of interviewing them (here) after American Mary released. Their vision and style is pretty obvious at some points in this film. I loved The Shining-esque shots of hallways and how artful even the blood spatters were. They also deserve some recognition for maintaining such great shots in the low light. Many times a lack of lighting kills scenes but these ladies seem to always make it work. 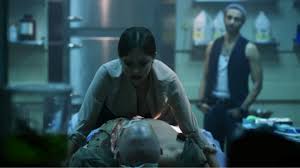 Are you sure he’s dead?

I could easily tell the Soska’s had little to do with the writing and it hurt the film overall. Everything is so played out and cookie cutter that we were left to eye roll as each character follows in the steps of many before them. The story comes in pretty hot and seems to hang a little in the center with Jacob comes back to life. We end up spending too much time following the same people through the same corridors. The last third of this film cranked it up until the credits rolled.

The gore and kills here seemed to be lacking also. Being a WWE flick I always worry as they tend to go lighter on the gore. Yes, this was rated R but so was American Mary and that seemed to be covered in more blood and guts. The CGI was minimal and that’s appreciated, used only to support the practical effects that take center stage. Watch for a specific throat cutting and try to tell me it’s not the perfect blend of CGI and practical effects. I also believe the first movie had a higher body count and more inventive kills. 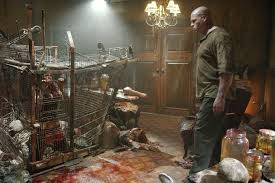 Pros
-Both Katharine Isabelle and Danielle Harris did a great job in their respective roles.
-Love the Soska feel in some of the shots and kills.
-The locale was perfect for this movie.
-The soundtrack worked very well for most the movie.

Cons
-The writing was boring and very stereotypical.
-Why all the changes to the killer and head scratching moments for the series?
-Things drag along a little too slow midway and lacked an overall R rated feel.
-We need more gore.

See No Evil 2 is no American Mary and also no super crappy WWE film. You could see some great ideas at play here but I think the Soska’s needed to handle the writing also. If you are a Soska fan you probably have already seen this but if not, give it a try. Don’t come in expecting American Mary featuring Kane and you will leave pretty happy. 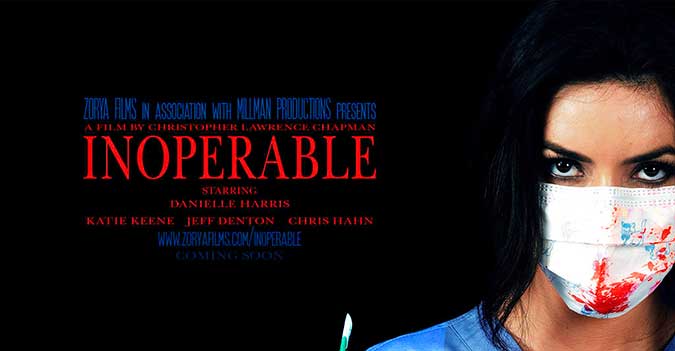 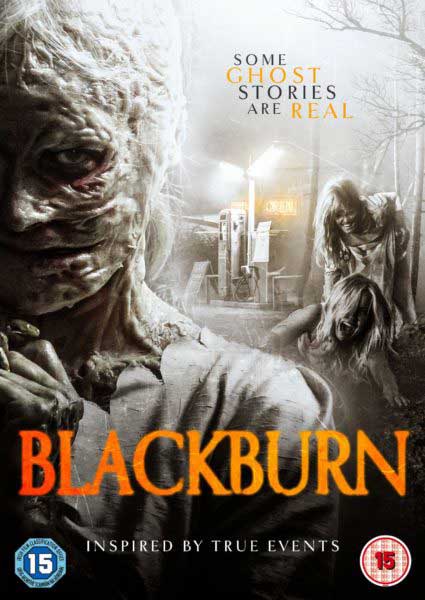 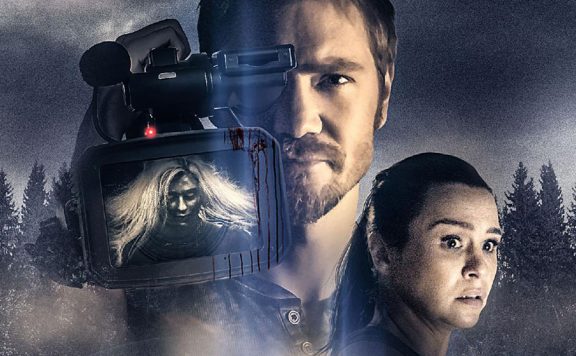