Troy Escamilla’s (Party Night) Teacher Shortage manages to do some pretty great things in its hour and twenty minutes. Firstly, in a market where most slashers are more concerned with establishing themselves as monuments to their predecessors, Teacher Shortage quickly proves to be its own entity. Second, once it hits its stride it proves that there’s no substitute for a good cast and that cast can hold its own, even when there’s an absence of high-school aged actors, a factor that is both surprising, and ultimately refreshing.

The film opens with with a singular act of bullying in the form of a high school yearbook prank that results in the tragic suicide of a student. This, our only act of exposition in the first two thirds of Teacher Shortage, is all we need, and luckily Escamilla has enough horror movie knowledge to be aware of it. This brief introduction to the crux of the drive behind Teacher Shortage allows the director and his cast to give us enough time with the characters to reinforce the film’s real strengths, lying in its characters and its surprisingly stylized approach to its kills.

Featuring genre alum Brinke Stevens, Chris Jehnert, Debra Lamb, Samantha Marie, Roger Connors and a truly impressive ensemble indie cast, TS spends the bulk of its second act seeing our teachers each meet their grisly ends on the night before a mandatory weekend of a team-building retreat. HERE, during the moments that see it undoubtedly fitting snugly within its sub-genre, do we also see Teacher Shortage’s most impressive elements. Bathed in glorious hyper-saturation, it is cinematographer Derek Huey’s contributions that define not only TS’s visual strengths but cement it as a solid progenitor of the genre that inspired it.

TS builds to a satisfying climax, made even more so by a standout performance by Roger Conner in a twist that, albeit not ground-breaking, proves that you can have a hell of a fun ride without reinventing the wheels beneath you. RECOMMENDED.

0 0 vote
Article Rating
Summary
In a market where most slashers are more concerned with establishing themselves as monuments to their predecessors, Teacher Shortage quickly proves to be its own entity.
7.1
Good 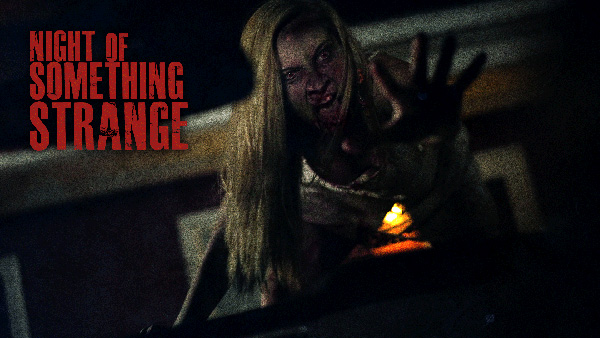 Troy Escamilla's (Party Night) Teacher Shortage manages to do some pretty great things in its hour and twenty minutes. Firstly, in a market where most slashers are more concerned with establishing themselves as monuments to their prede...
9.9
Average User Rating
2 votes
Have Your Say!
Your Rating: 0
Submit
Write A Review
Genre:horror