For those of you following Boom’s Hellraiser line of comics, many familiar characters in the Barkerverse have changed significantly since the mythology was revisited. Both Kirsty Cotton and Harry D’amore have become priests and priestesses of hell. Elliot Spencer (aka Pinhead) has defected to the “other” hell to lead a war against the cenobites and ultimately Earth, and the Harrowers are dropping like flies.

Issue #12, the last in the Dark Watch series, sees D’amore’s forces struggling to retain their foothold in hell as Abbadon and its forces, led by Spencer, begin their onslaught on the citizens of Earth. Tiffany has made the selfless decision to allow herself to become a cenobite in order to join the battle and Kirsty is still trying to understand her place in the order of things. Kirsty and Tiffany manage to close the portal to Earth and just as it seems the war is won, Leviathan brings the news that unless Kirsty and Spencer join forces to help it, Abbadon will destroy hell itself, of course upsetting the balance of reality.

I won’t give away the ending, BUT helping the lord of Hell is not without its rewards, and ultimately its sacrifices. Kirsty and the Harrowers will undoubtedly return although the stakes will seemingly not be in their favor the next time around.

Boom and Barker did a very smart thing with the Hellraiser series in its entirety and gave us a great mix of Barker’s literary universe and its cinematic counterparts. The reader was reintroduced to characters that they were already emotionally invested in and the book was really able to soar this way. Seifert, as always, delivers a great tale under Barker’s direction and Garcia’s artwork paints the page in vibrant, bloody pain. Issue #12 not only delivers a fitting ending to the arc, bet sets up future storylines that will have Hell’s minions, including this reader, coming back for more. HIGHLY RECOMMENDED. 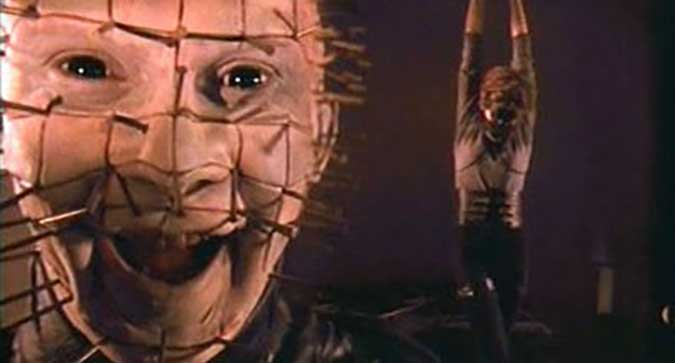