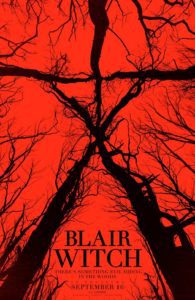 At the risk of sounding pompous or the very least a know-it-all, it is hard to be over 35 in the US right now and not feel like a victim of “isms”. Now, before you start nodding, I’m not actually talking about what these “isms” represent, but the very idea that we are assaulted, constantly hit over the head with “isms”. We can’t engage in social media, turn on the television or radio, or even say hello to our co-workers without talk of some kind of “ism”. Racism is tearing us all apart. Sexism is destroying the solidarity of many of our romantic and non-romantic relationships with the opposite sex. Chauvinism and masochism are so invasive that equality still seems like just a rumor. And agism, well agism is keeping an entire generation from learning from the people that came before them. I’m lucky in that I never really attached myself to any generation. Hell, I felt at odds against my peers for much of my adolescence and by the time I was finally able to let all of that angst and dissent go I was so comfortable being in the company of one that I could have worn my alienation like a badge of honor…only by then I was just simply over it all. No, I’m not jaded, at least not in the traditional sense. I strangely find myself in a place where I’m more excited about my interests and my future than I probably ever have been. Hopeful at 40? Starting my life at 40? Well, maybe I can give the millenials something to laugh at by these proclamations.

Ya see, I quite dug the new Blair Witch, and, sitting in an empty theater opening night (its the midwest man, I don’t get it either) I found myself quite on the verge of loving it. I also found myself wanting to explain its significance and importance to a generation that I feel at times is afflicted with “meh-ism”. This ism that presumably leaves so many people completely devoid of any kind of enthusiasm or excitability. And that sucks. It sucks because I am excited FOR them and I want that excitement to be this infectious thing. I want them to understand just how fantastic it is to be a fan right now. I want them to be where I currently am at 40, at 22. I want them to go into an empty theater and come out loving the Blair Witch. I want them to rush to a diner and spend the next 4 hours talking about what they thought they saw, how a mythology has opened up after 16 years and how ridiculously awesome it is to have just seen a sequel to The Blair Witch Project. So maybe, just maybe, someone who just saw it and thought “I don’t get what the big deal is” will read this and wind up in a diner where an opinion or two might just change.
I saw the original Blair Witch opening night as well. In 1999 most of my computer access was done at college. This being said, I went into the first film with nary an idea of what it was, what it meant or if my buddy and I were indeed watching a tape that included the last moments of a group of young people who got way in over their head. We both lived in a town that very well could have had its own share of diabolical supernatural legends and we left the theater wide eyed and ravenous to learn more about the movie. This memory is still vivid and when I remember the experience I wish that I was still on dial-up, still having to visit the college’s computer lab to get online and above all, I wish I was ignorant to the idea of “viral videos, found footage and how easy it is to hoax videos in the new digital age. The Blair Witch Project marked a change in the way we saw movies, especially horror. It marked a change in the way that they were made, which continues to this day. Quite frankly, whether you love it or hate it, The Blair Witch Project, Eduardo Sanchez, Daniel Myrick and that girl with the improbably long string of snot changed film. They fucking CHANGED it.

Unfortunately, its a little too late for Wingard and company to change film with the sequel.What they did manage to do was pretty near impossible though and should be commented on. They kept a sequel to one of the most game-changing franchises ever lensed a secret. Yeah, that’s no small feat. ‘The Woods’ which landed on a lot of horror sites’ radars, was actually Blair Witch. Out of the starting gate, we get the sense that there is kind of reverence here, that the filmmakers know exactly how big of a deal a tried and true Blair Witch sequel is. In fact, we get that feeling the entire breadth of the film and the attention the filmmaker’s pay to giving the fans something special is obvious. Adam Wingard and Simon Barrett have put in their time, they’ve stayed up late sipping diner coffee and it shows. It shows in how they’ve taken a 17 year old franchise and given its fans something new, yet familiar, and pretty damn satisfying.

Blair Witch is pretty adamant about establishing its connections to the original film and does so pretty quickly. James (James Allen McCune), still troubled by the disappearance of his sister, Heather (yes, one and the same) gets a new piece of evidence that points to her possible whereabouts. James then sets out to meet the individual who uploaded the video and possibly learn more about what exactly happened to Heather 16 years ago. James’ friend Lisa (Callie Hernandez) comes along to document the whole experience as she is a filmmaker and the subject material is just to enticing to pass up. James’ best friend and his significant other round out the party and the troupe are off to Burkittsville, MD in hopes of bringing some closure to James’ traumatic youth.

There are enough nods to modern tech and equipment here that you almost get the feeling that Wingard and Barrett are saying, “oh, so sixteen years of cell phones and infrared are going to save you against the Blair Witch, huh? Good luck with that.” James and his group have gps, multiple cameras, led lights, drones and for the most part enough savvy amongst the group that its respectable enough to think they might actually have a fighting chance. THAT is where the real terror comes into play in Blair Witch. Once you are in the thick of the woods and once the sun goes down there really is nothing you can do. There is no holy grail, holy water, mystic book, chant or mantra that is going to do a lick of good. The evil in Blair Witch doesn’t just scare you, it manipulates you. It breaks you down and by the end of your journey it has you exactly where it wants you: shaking, terrified with your face buried in the corner of a attic somewhere near insanity and Serling’s sign post ahead. The witch, quite simply exists within a whole different frame of reference and one that we have been taught can be countered with a micro usb charger and a cell phone tower. Wingard manages to take this update and actually make the dependency a hindrance. That might be where Blair Witch’s ace-up-its-sleeve manages to seduce you back into the running shoes of the protagonists. You curse your own logic, your own reliance on technology and it leaves you useless, terrified and shivering, which is where Blair WItch’s third act drags you;  mercilessly back to square one, where its just you, outmatched, outgunned and feeling a little…well useless. By the time we see the familiar edifice that we know usually marks the end of the journey for those that cross the witch’s path we are still clinging on to just that last shred of hope that somewhere, somehow, there is a semblance of logic that can save us, that can undo the nightmare.  “Well,” says Wingard and Barrett, “good luck with that.” HIGHLY RECOMMENDED.

Cult Members Go Up in Smoke within Blake Reigle’s “One of Us”
December 4, 2017

POLTERGEIST meets IT in CLOWNTERGEIST!
August 5, 2017