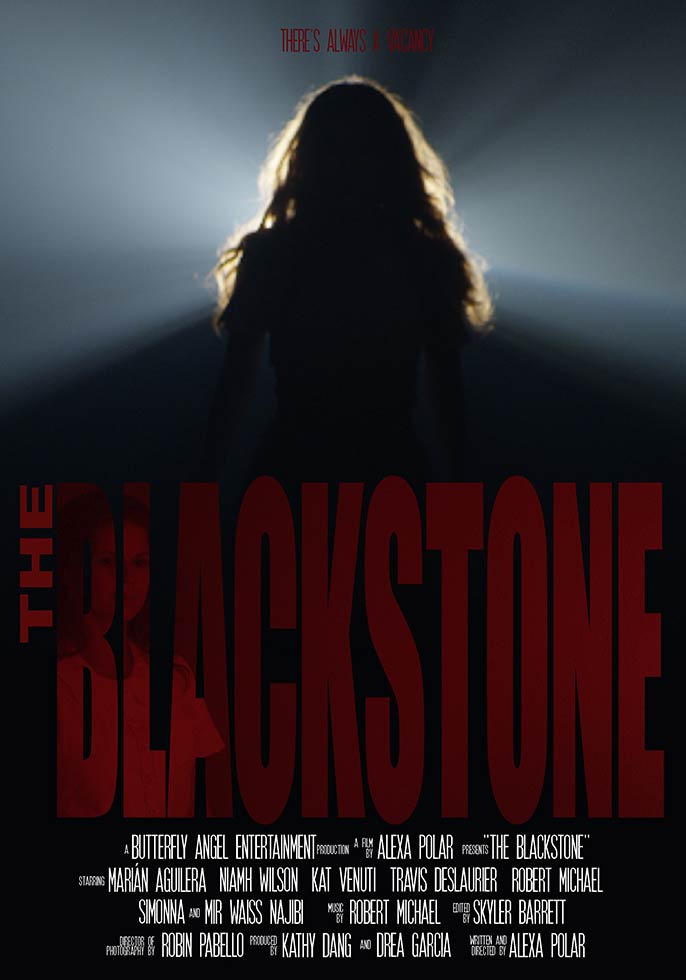 Niamh Wilson who has portrayed Corbett in four of the SAW installments, and has performed in MAP TO THE STARS, DEGRASSI and most recently GIANT LITTLE ONES which is causing buzz within the film festival circuit; is set to portray the role of Samantha in THE BLACKSTONE alongside Spanish actress Marian Aguilera.

The Blackstone will star Marian Aguilera, renown actress from Spain who is most famous for her work on “Los Hombres de Paco”. Marian will star in the lead role of Isabella, a woman that quickly moves into the haunted building when her world is turned upside down. Niamh Wilson has attached to star as Samantha, a college student who is looking for a vacant apartment to rent.

The Blackstone was Written and Directed by Alexa Polar, with lensing by Robin Pabello. It is an independent horror, psychological thriller feature film. Niamh’s portrayal will leave room for The Blackstone to franchise into sequels and prequels. Production of The Blackstone has already begun. Niamh is the latest and final talent to attach to the indie project. The Blackstone stars Marian Aguilera, Travis DesLaurier, Simonna, Kat Venuti, Robert Michael and now Niamh Wilson.