Recently we reported on an a social media statement issued from Ashley J. Williams himself, Bruce Campbell where the Ash vs. Evil Dead star dropped a hint about the direction the franchise might be headed after the Starz show’s cancellation (full article here). The hint that was dropped was pretty obvious in that the Evil Dead saga was again going to focus on a female heroine. Well, after just two short weeks from that announcement Evil Dead reboot (?) director Fede Alvarez tweeted this little nugget to fans:

I think it’s safe to say that this is more of a promotion that a legitimate question and I think we’ll be hearing official news from the studio soon. Actress Jane Levy who played the lead Mia in 2013’s Evil Dead is currently starring in Hulu’s Stephen King mash-up Castle Rock. Schedule permitting I think we’ll see her back in that universe quite soon. 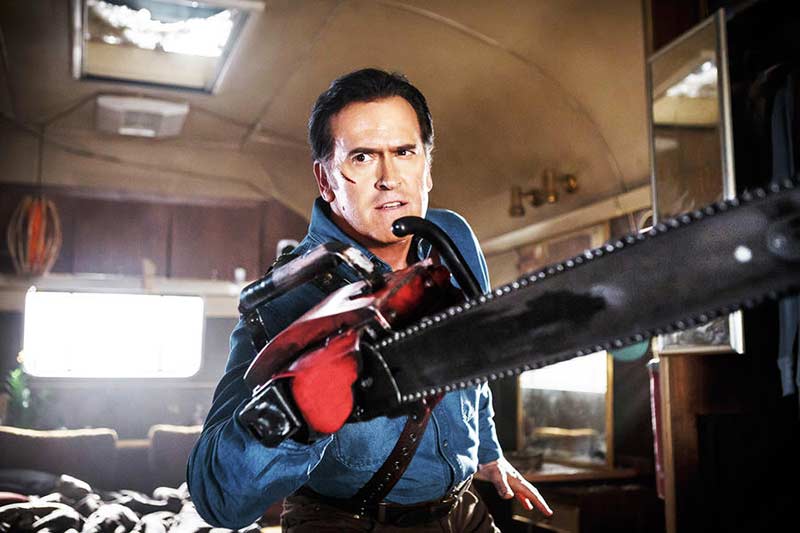