3Brane Entertainment is pleased to announce that their horror film Blackburn will see more territories. Already slated for a North American release, this terrifying title will be distributed in the United Kingdom, on September 5th, 2016; Matchbox Films will handle the release. The film stars Lochlyn Munro (Poker Night), Jen and Sylvia Soska (American Mary), Sarah Lind (Wolf Cop), Emilie Ullerup (A Little Bit Zombie), and Calum Worthy. Developed from a script by Nastasha Baron, the film has been directed by Lauro Chartrand. A preview of the film’s multi-territory launch is available here.

The UK poster and synopsis reveal more of the Blackburn Asylum. Long since closed, its former residents roam the local woods. A forest fire and rockslide have forced more of these dangerous characters into the nearby town. And, five friends must find shelter, before they become targets of these monsters. Can they just survive the night?

In the UK, the film has been rated 15+. Also, the new poster hosts a unique tagline: “some ghost stories are real.” But, these ghosts are worse than anything supernatural. These terrors will be set upon the masses on September 5th, on DVD. This dark, horror story is not to be missed!

The official Synopsis: A forest fire and rock-slide trap five bickering college friends in a small Alaskan ghost town with a horrifying history. When they seek refuge inside the torched ruins of Blackburn Asylum, they must fight to survive as the angry inhabitants slaughter the friends one-by-one.

Available for pre-orders, at Amazon: http://amzn.to/2aw5NdE

A fan page for the film: https://www.facebook.com/blackburnhorror/ 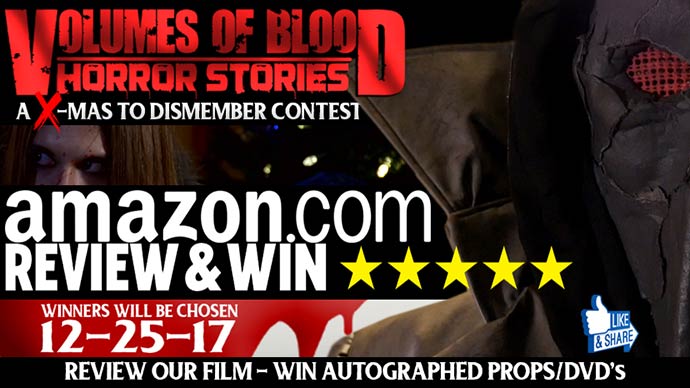