“Two estranged brothers are brought back together when a script they’re writing comes to life and sends a poorly rendered digital shark to hunt them down in this meta take on the sharksploitation genre.”

From MaJaMa productions, “Bad CGI Sharks” will first roll out on a limited edition physical media over the summer, then worldwide in early 2020.

The movie was written, directed and stars the trio of Matteo Molinari and brothers Jason Ellsworth and Matthew Ellsworth. “Bad CGI Sharks” more than lives up to its title thanks to side-splitting humor, plenty of gore and great action. Excited fans can check out the trailer meantime: 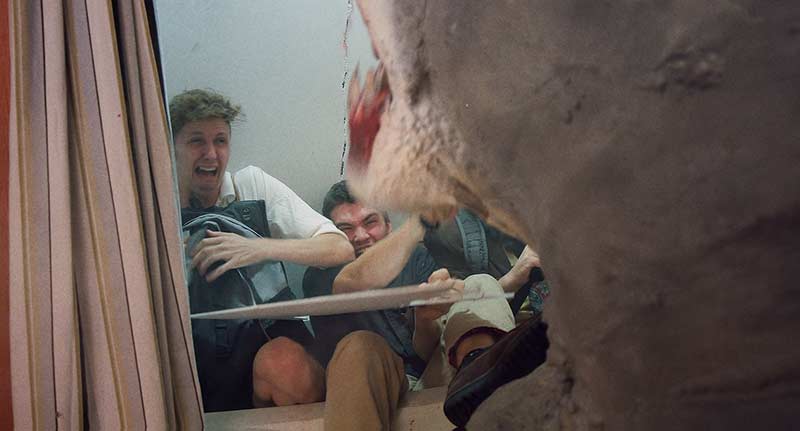 “Root of Darkness” comes to Bluray as part of Triple Feature Release
March 29, 2017