Arcade Death Zone is about a mysterious new arcade game that makes teens go crazy and get themselves killed in various gruesome ways. “We describe it as Dazed and Confused meets Final Destination,” says writer/director John F. Morrison. “Or I like to say it’s The Goonies meets A Nightmare on Elm Street!”

“Our movie is born out of nostalgia and fondness for ’80s adventure and horror movies,” says Morrison, who won the Audience Award for best short film at the New York City Horror Film Festival. “Arcade Death Zone is a fun throwback, but not a parody or a grindhouse-style movie. It has to be a good movie in its own right, otherwise who wants to watch a whole feature film?”

The Arcade Death Zone team includes producers Lana Otoya and Joel Ashton McCarthy, of the BC indie hit Shooting The Musical, formerly titled After Film School. That film has just made its American premiere at the Newport Beach Film Festival after a successful festival run in Canada.

“We’ve been doing shorts, webseries and features with next to no money, and we’ve had a lot of success at film festivals,” says McCarthy. “But Arcade Death Zone needs more of a budget, so that’s where CineCoup comes in.”

“This isn’t crowdfunding,” explains Otoya. “We need the support of fans to help us win the CineCoup competition. The winner gets a million-dollar budget for their movie and a guaranteed release in Cineplex theatres across Canada.”

The final week of public voting on CineCoup is Monday, May 4th at 6pm PST to Friday, May 8th at 6pm PST. “The process of earning and using votes on CineCoup is a bit complicated, so we post instruction graphics on our facebook and twitter pages and on our website,” says Morrison. (www.facebook.com/arcadedeathzone, www.twitter.com/arcadedeathzone, www.arcadedeathzone.com) “CineCoup’s competition is social media-based, so they want to see a lot of fan activity there too.”

To help Arcade Death Zone make it into the Top 15, the team will be hosting an Indie Film Meet & Greet / CineCoup Voting Party along with another team, Goons, at The Anza Club on Thursday, May 7th at 7pm. “If you’re thinking of entering CineCoup or ComedyCoup, come to the party and get tips from us,” says McCarthy. “Or you can just shmooze with people in the local industry. We felt like people would enjoy an event like this and we could help them make new contacts, instead of just asking for them to help us.”

“I’m so grateful for all the fan support we’ve had to help us make it this far,” says Morrison. “We just need a little bit more to get into the Top 15, and we’ve got a very real chance to get Arcade Death Zone made!”

0 0
Previous ArticleFright-Rags enters “The Twilight Zone” with new shirts & box setNext ArticleInterview: The Makers of Last Flight of the Freya 7 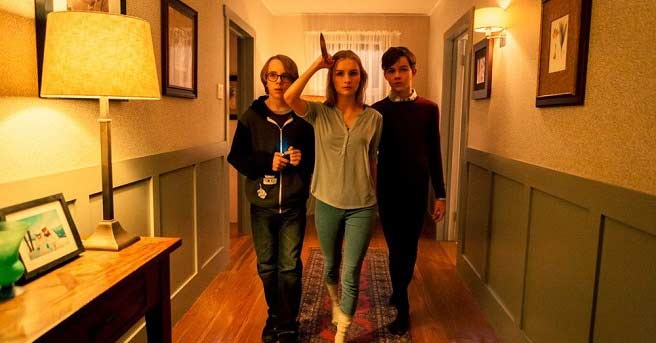 Red Band “Better Watch Out” trailer is Devious and Entertaining as Hell!!!
September 20, 2017