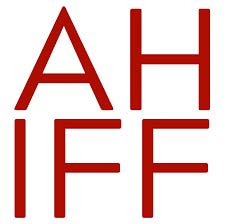 Apulia Horror International Film Festival (AHIFF) opens the call for a competition dedicated to horror and thriller short films. The event celebrates one of the most appreciated genres in the history of cinema through a schedule full of meetings, seminars, master classes, workshops, contests, exhibitions and artistic and visual installations with screenings of out-of-competition feature films and short films.

The event, organized by the cultural association Girasud Film in cooperation with the association Ra.Ne. – Rainbow Network for the logistic organization and with the filmmakers Andrea Cavalera and Francesco Corchia as Film Directors, aims to promote the very popular horror film genre. The first edition of this event will take place in Gallipoli on the 7th, 8th and 9th of June 2019, in the wonderful Galleria Dei Due Mari, adjacent to the Angevine Castle at the entrance to the old town center. AHIFF will include the participation of directors, actors and protagonists of the world of cinema and culture, including Davide Pulici (film critic, essayist and founder of the prestigious Nocturno magazine), Roberto Silvestri (news reporter and film critic as well as one of the voices of Hollywood Party and writer on the weekly Film TV magazine), Luigi Pastore (director, screenwriter and film producer), Sergio Stivaletti (special effects creator and director) and many others.

The Festival is also currently in talks with Claudio Simonetti and a guest star who remains top secret for now. However, the festival will focus on the competition dedicated to short films from all over the world, whose registration can be made by visiting the site www.apuliahorror.it. The awards are intended for two
categories: best short film (awarded by a jury composed of the artistic directors and a quality jury) and the critics’ prize (which will be decided by news reporters and professionals in the sector). The registration to the contest has just started and will remain open until the 10th of April. It will allow the selected films to be screened during the Festival and compete for the awards. Short movies can still apply for a ‘late’ registration until the 30th of April.
In the coming weeks, the organizing associations will announce more detailed information on the schedule and guests of the event that intends to bring back the horror genre to the attention of the Apulian and national public.
For the complete schedule and information about the event, go to:
www.apuliahorror.it
info@apuliahorror.it
facebook.com/apuliahorror
instagram.com/apuliahorror/