With the release of both Batman v. Superman and the Suicide Squad, it’s no secret that the DC universe is looking to put a much darker spin to their cinematic universe than its Marvel counterparts. But what does that mean to horror fans? Well, it might mean a lot more than you think as we examine some of DC’s heavy hitters over the next few years.

Ok, so now you’re probably thinking this is the least likely entry on this list to tie into horror. Well, that’s where you’d be wrong. Both the original Lego Movie and now it’s follow up, the Lego Batman Movie are much smarter movies than they are taken for on the surface. They both have an unreal amount of meta in them and appeal as much to the parent’s in the audience as they do to their children. You also have to admire the seemingly endless array of games from PS4 all the way to the themed online casino games and a plethora of merchandise that is INSTANTLY built right in.

Why is it important to horror?

Horror has proven that if any genre can poke fun at itself and capitalize on meta to carry its plot, it’s horror. Look at Cabin the in Woods and the entire Scream series. Horror has the unique ability to use its formula against itself, creating an entire subgenre that has still been highly under utilized. On top of that, couldn’t we all use a few more titles like 2015’s The Final Girls.

Another interesting thing that the Lego universe does is use previously established characters is an entirely different setting, creating alternative universes that aren’t entirely dependent on thie original origin stories. I mean, c’mon, who wouldn’t love seeing a Friday the 13th movie in which Jason has been kept shackled isolation at a prison for the criminally insane? The shit hits the fan when a prison gang takes over the grounds and we all know what the last ditch effort is right? That’s right. Prisoner #666 let’s let off the leash to do what he does best, taking down the gang and anything else with a heartbeat that gets in his way. 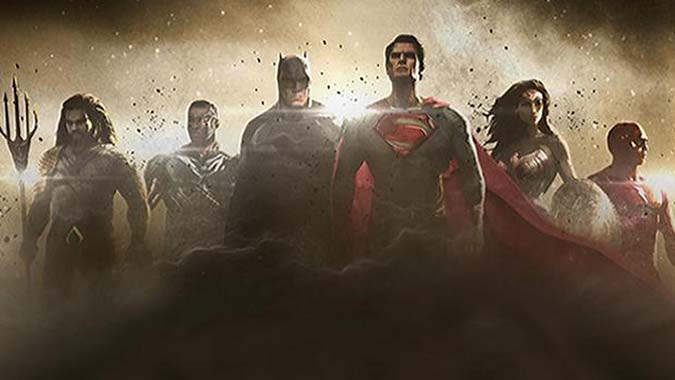 Again, DC comes into the game a little late with a team movie while Marvel’s Avengers, Civil War and other titles have been doing it for a while already. Team movies work. We see our favorite characters interacting with their rivals and tem-members that we only thought would make our wish-lists, but never make their way to the silver screen.

Why is THIS important to horror?

This one is a no brainer. Justice League Part One brings us one step closer to Justice League Dark. DC has never been afraid to utilize its more horror-driven characters in bigger arcs and Justice League Dark represents a huge thrust forward in this department. Imagine a roster that includes Batman, Deadman, Constantine, Zatanna and Swamp Thing and you get the full implications of what might await us with a full on Justice League Dark film. For any of you that fully appreciated DC’s House of Mystery and long for the days of Wein-Wrightson Swamp Thing team-ups, this could be the holy grail of big name horror super hero flicks!

With DC’s theatrical slate extending far into 2020 and beyond, many people were wondering when we would see DC’s amphibious defender. A much maligned character through the years, DC took some needed steps to not only update, but darken the character over the last couple of decades. The result has had Aquaman turn into the heavy hitter that fans always knew he was capable of. Couple that with Jason Momoa in the lead and the new cinematic look and this could be the darkest DC ever dare to represent the character.

Why is AQUAMAN important to horror?

Aquaman is a major property and the good folks at DC, Warner Bros. and Legendary are going to sink a handsome sum of money into the film to get the right look and feel. Their choice of directors is enough to get any horror fan excited as the pick of the top brass for this duper hero go-a-round is none other than James Wan. Wan is responsible for almost single handedly pumping the 2000-2015 horror years with enough money to keep the genre alive. Wan whose credits include Saw, Dead Silence, Insidious and the Conjuring films, Wan might just be able to infuse one of DC’s most beloved characters with enough horror to get Hollywood to stand up and take notice.