Over the course of three days, five features and dozens of horror shorts were screened to horror fans. Vendors from across the country presented and sold horror merchandise. Industry pros presented workshops and panels. After parties closed the bar every night, the most notable of which was Saturday, September 22, when Ross Childress and Shane Evans, previously of rock band Collective Soul, reunited for a private show to attending filmmakers, guests, and fans.

The spirit of the festival was that of camaraderie and support. Festival Directors Samantha Kolesnik and Vanessa Ionta Wright emphasized that the event was about community. Sylvia Soska remarked, “That fest was pure magic,” and Amanda Wyss said the weekend was “amazing and inspiring.” Many filmmakers and screenwriters lamented that they did not want the weekend to end. As the festival drew to a close, it became time to see who would take home a Lizzie, the coveted custom award for Women in Horror Film Festival. All Lizzies are hand-painted and custom engraved, ensuring that no two Lizzies are ever alike.

The winners for WIHFF 2017 are as follows: 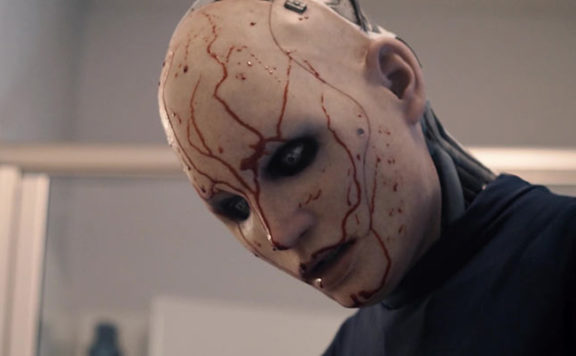 The Alpha Test wants to put you in an Interactive Nightmare
March 10, 2020