Niagara Falls, NY – White Lion Studios (formerly Little Sicily Productions) have officially announced that pre-production has begun on their new horror film, “Camp of the Damned,” a throwback to the drive in chillers of the 80’s. “We wanted to make something with monsters and practical effects, and keep it suspenseful. Don’t be fooled, it will be a lot of fun to watch, but this is a horror movie. It’s all about the scare!” says the film’s 24 year old writer and director, Ken Cosentino. This will be his fourth feature as director.

The film stars Bill Oberst, Jr., the “face of independent horror,” most commonly known for his portrayal as Abe Lincoln in The Asylum‘s “Abraham Lincoln Vs. The Zombies.” Oberst’s character is the head counselor at Camp Good Son, a correctional camp for convicted teenage criminals. When unseen demonic forces from within the woods snatch up the campers and staff, only the most dangerous campers, the boys in Cabin 5, and their counselor (Oberst, Jr.) are around to witness the coming of the Apocalypse. Nobody is who they say, and paranoia runs rampant as everyone begins to suspect each other of being a monstrous doppelganger. Also joining the cast is character actor Babette Bombshell (Return to Class of Nuke ‘Em High: Volume 1 & 2) and Dawna Lee Heising.

Production is expected between August and September. White Lion Studios is owned and operated by Ken Cosentino, Nick Arnot, Gary Marino, Matt D. Lord and Baird Hageman. Their company is based out of Niagara Falls, NY and they specialize in low budget filmmaking, special effects, digital effects and vehicle stunts.

Film veteran Chris Olen Ray (son of Fred Olen Ray) has signed on to the project as line producer. He is best known for his work with The Asylum on films such as MegaShark Vs. Crocosaurus and 2-Headed Shark Attack, which can be seen regularly on SyFy channel.

Cosentino says that he plans on working alongside Director of Photographer Joseph Lavallee to create a suspenseful atmosphere and incorporate the camp as the main character of the film, says Cosentino “like the Overlook Hotel in ‘The Shining.’ We’re planning on slow, wide pans to build up the story around this end of the world type event, and we want to utilize our interior sets to create the sort of claustrophobia for the audience that the characters will be feeling.”

The producers plan on a 2015 release of the film, but anyone can get involved and support the film by donating to their IndieGoGo fundraiser. In exchange for donations of different increments, you will receive a range of rewards from a copy of the DVD to a role in the movie. The director is even willing to sell his kidney for $100,000. “If someone is willing to fund our film, then I’m willing to give them my kidney and a healthy and happy life.” The film’s official sponsors include Niagara’s Honeymoon Sweets; a chocolate company, and The Hype Magazine; the #1 digital magazine in the world.

Donate to the film’s IndieGoGo:

Check out the Camp of the Damned Official Facebook Page: 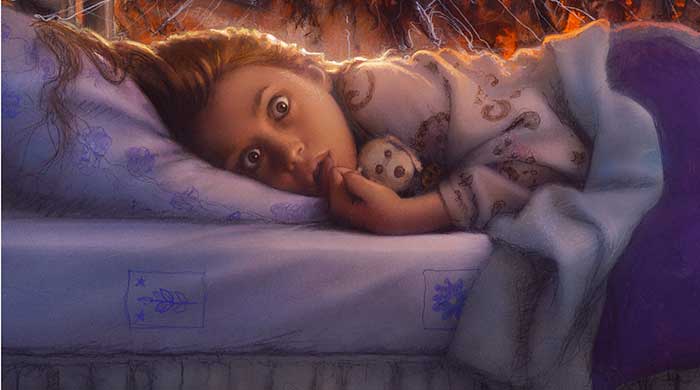