Chad L. Coleman, who plays Tyreese on AMC’s The Walking Dead, talks about filming Tyreese’s final moments and what he has in common with his character.

Q: What did you know in the off-season about where Tyreese was headed this season?

A: Nothing! I had to process the whole experience in real time. I thought Tyreese would come to more of a resolution since he forgave [Carol].

Q: What did you think of the way Tyreese handled Carol’s confession?

A: I think he’s a tortured soul. All of that angst in him is heightened. I was surprised at the fans who said, “Well, why didn’t you just kill her?” Wow! How do you get there? A lot of people have repressed anger and the violence on this show is cathartic for them. [Laughs]

Q: Talk about filming your death scene in Episode 509. Does the idea of twin walkers scare you?

A: It was heavy and incredibly sad. It was one of those out of body experiences. Sonequa Martin-Green came over to me and gave me a hug right before I filmed it and it just sent shivers through my body and was perfect for the scene. The twin walkers were very apropos. The scene just really hit it on the head with the way Tyreese needed to leave. Even though you can’t stop your own heart, it’s just knowing that you’ve had enough. I thought it was an amazing homage to him. If you don’t know Tyreese, you would know him by the end of the episode.

Q: How did Sonequa take your character’s death? Was she as shocked as Sasha was?

A: Absolutely. Everybody was. A lot of people took this one really hard.
Q: Tyreese is confronted with so many faces from his path after he gets bit. Were those scenes emotional to film?

A: Incredibly emotional. Andrew Lincoln was watching the scene and told me I just put it all out there. I was turned inside out, exhausted, covered in blood and gave all I had — and Tyreese did, too. That world was just too much for him.

Q: Last year, you mentioned Karen’s death being very pivotal in your storyline. How do you think it came full circle in your character’s arc?

A: Her death awakened a sleeping giant. It woke the rage in him and he went through this journey where he found that rage was not who he is. It’s incredibly damaging and on the other side of all the rage is the love and compassion that is truly necessary to live. I think, in the end, that love and sensitivity just took him out. Or maybe it was like him wanting to return back to her.

Q: With Seth Gilliam joining the cast this season, did you have a The Wire reunion with him and Lawrence Gilliard, Jr.?

A: I did! We all stood together out in the woods and just said, “Wow! Who would have thought? Here we are together.”

A: Of course. I have a 15-year-old and 14-month-old. I think there is a child-like quality in me that I don’t ever want to lose. Babies bring out the warm and fuzzy in me.

Q: Tyreese wears a yin yang necklace. Do you have any special jewelry or accessory that you’d carry around with you during an apocalypse? What would it symbolize?

A: It would also be the yin yang. He’s all about balance and he needs to have both sensitivity and strength.

Q: Your character has really been tested since the first day we met him. Do you share his sense of perseverance in real life? What keeps you going when things get rough?

A: Introspection, managing my emotions, making sure I wake up with the right perspective, checking my thoughts and being my best self – all that stuff that we don’t all like to talk about. Well, maybe Oprah talks about it. [Laughs]

Q: What has been your favorite Tyreese moment?

A: So far, the confession scene between myself and Melissa McBride [in Episode 414]. I think that was a great moment, but I have a feeling Episode 509 will trump that. [Laughs] 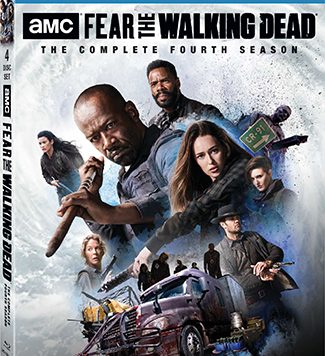 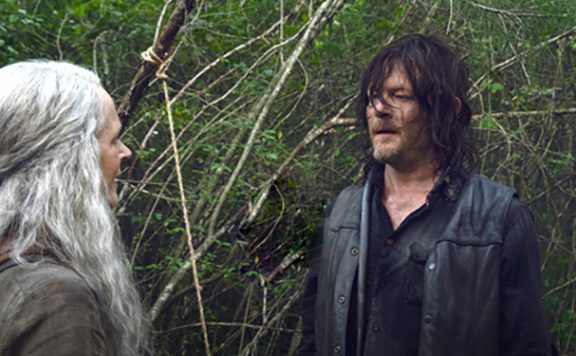