Los Angeles, California – Producers Jon and James Kondelik are pleased to debut the trailer for the horror feature The Divine Tragedies. The trailer shows the brothers: Charles and Thomas LoBianco, on a terrible killing spree. Beautifully shot in bright colours, the trailer shows more of the film’s characters and the brother’s terrible motivations – to get away with murder!

The Divine Tragedies is based on a brutal crime. The Leopold and Loeb murder case, of Chicago, would shock the world. Two brothers thought they could commit the perfect crime, the murder of a young boy. But, the authorities were hot on their trail. In the film’s story, actor Ken Foree plays Det. Homer Gaul. Gaul is intent on ending the brothers’ wanton killing; he just has to find them first. But, Charles and Thomas have plans of their own.

The trailer was shot by director Jose Prendes (The Haunting of Whaley House). Prendes has been influenced by films of the past including David Cronenberg’s Videodrome (1983). Cronenberg’s strong visual style is shown here in the many surreal images. The Divine Tragedies is one part dreamscape, blended with a horrifying reality. Prendes says of the shoot and his shooting style: “I know people always say that, but I really think the film will back me up. It’s American Psycho meets Videodrome.” Prendes’ influences can be seen by viewers, in the horrifying trailer for The Divine Tragedies found below. 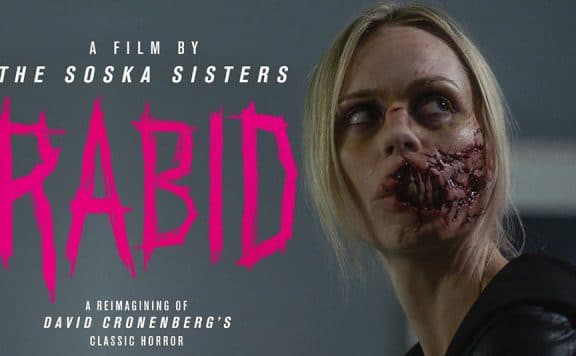 The Soska Sisters’ “RABID” in Theaters and On Demand TODAY
December 13, 2019