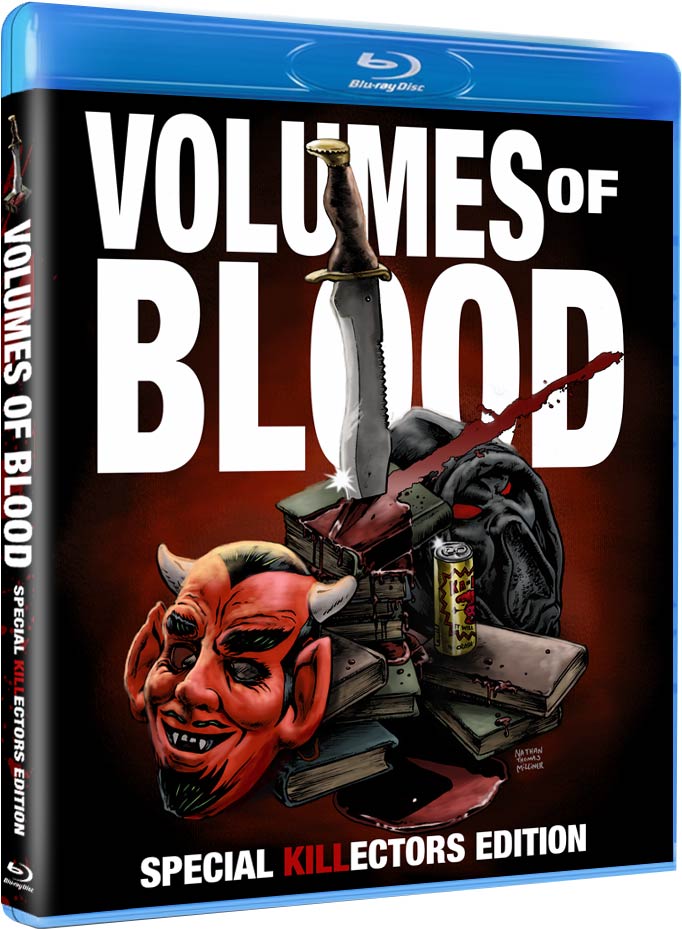 Five interwoven tales of terror. A sociology student gathers his friends on Halloween night to each create their own original urban legend. As the stories become more terrifying the night takes a deadly turn where anything goes as the blood flows. Some libraries make a killing.

With the help of Scream Team Releasing, Blood Moon Pictures is excited to be re-releasing the original anthology in a special edition blu ray. This release features a brand new high res transfer of the film, is packed with over 2 hours of kickass special features as well as a reversible insert with brand new artwork. It’s the release fans of the franchise have been dying for.

Making of Volumes of Blood

Splatter Effect: The Rise of an Indie Anthology *NEW

Not Just Another Blood Anthology *NEW

Bloodbath and Beyond Reviews VOB *NEW

All funds raised will be going straight to helping fund the production of Blood Moon Pictures forthcoming film Devil’s Knight: Volumes of Blood 3. The final installment in this critically acclaimed horror anthology franchise. 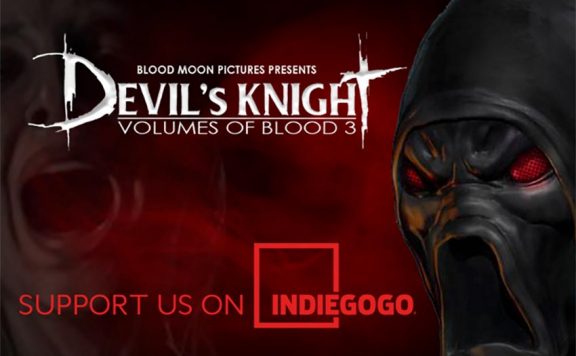