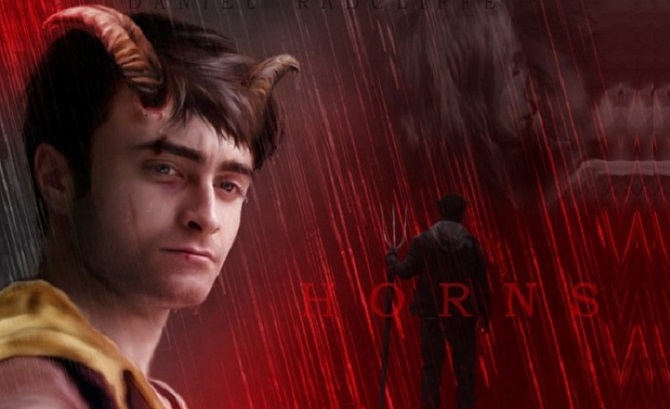 Admittedly, the concept of Horns is a pretty tough sell. After being accused of murdering his girlfriend, Ignatius Perrish, now the town pariah, literally grows a pair of horns that enables him to extract the truth form all who see who them. Using his new additions, Iggy sets out to find the truth behind his girlfriend’s death and that ultimately puts him on a journey of self discovery and vengeance. Yeah, major studios just didn’t know quite what to do with this adaptation of Joe Hill’s book of the same name and the project has languished for the better part of over a year waiting on distribution. The question of course would then be, “is Horns worth the wait that many of the book’s fans have had to endure to finally see its release?”. Yes. Yes, it is.

I have read the book and will say that I have been continually impressed with just about everything that Joe Hill (yes, this is indeed Stephen King’s son) has produced thus far. Heart Shaped Box was a great examination of love, regret and the inevitability of age, even when you happen to be a rock star, even when sometimes it’s in your own mind. Hill’s comic book effort, Locke & Key, was a success on many different levels and single-handedly rejuvenated my interest in the graphic novel format. In fact, Hill has become one of those authors that I regularly revisit because of not only his entertainment value, but the emotional impact of his work in a genre that often looks to shock more than anything else. THAT is probably the single greatest element of Horns that translates so well into the film and propels it forward.

Horns, the book, was at times a painful examination of loss. For those who have lost a wife, a girlfriend, a lover, Hill hits home, sometimes with such force that it leaves the reader reeling. Iggy didn’t lose a mother, an aunt or even a “girlfriend” of the traditional definition. He lost the very person that helped define who he was. He lost that very thing that made up the bulk of his emotional DNA. He lost the essential component of his soul that made it function, that made it exist. LOST is obviously the operative word here and as you read Horns you start to ask yourself some very deep questions, even amidst its wonderful dark humor and more grisly moments. You ask yourself what would you do if you were Ignatius Perrish. You ask yourself quite simply how you would survive.

Those questions are handled brilliantly by Radcliffe (yes, THAT Radcliffe…umm.. yeah, Harry Potter) as he shows us how his Ignatuus answers that rhetoric. We see a character that while he understands the importance of his own self preservation, is treading water emotionally. He has become so cynical that he barely believes in the concept of his own life, never quite seeing past its absences to see what he has left. Radcliffe is not only successful in this portrayal, but his pain resonates so well with the audience that it’s no surprise that the actor has survived his earlier typecasting.

Its lead aside, the film could very well coast along just fine with its gorgeous cinematography and fantastic supporting cast (Joe Anderson plays Iggy’s brother, tormented and woeful turning in yet another good performance). Although the book has far more meat for its peripheral players, the film hits their essences with enough panache to keep you interested in their contributions.

Differences from its literary counterpart aside, Horns hits the mark so well and so frequently you’ll barely miss the departures and with some great practical effects (and some not so irritating digital work) it rises far above its big-studio problems and presents an emotionally heavy, yet still funny, dark fable that will hopefully persist long after its release.

Horns hits theaters everywhere October 31st… which is a pretty big day for us here. 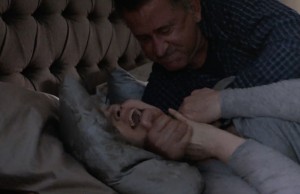