My father and I rarely were afforded the opportunity to bond when I was a kid. I was an academic kid with interests that fell well beyond what our tiny town in rural Illinois had to offer and he was the pure definition of the “manly-man”, spending his free time hunting and well, come to think of it… hunting. It never failed, however, that when two particular movies came on my father would seek me out to watch them with him. One of those films was Silent Rage with Chuck Norris and the other was White Buffalo from 1977 with Charles Bronson. Both films managed to take the tough guy, one-man-army vehicle and put a thriller/horror spin on it. Call it nostalgia then that while every frame of the 2020 Bronzi film ‘Cry Havoc’ is bathed in absurdity, I enjoyed the hell out of it.

Cry Havoc follows an ambitious reporter (Emily Sweet) as she receives the interview of a lifetime: a Q&A with a sadistic madman (Richard Tyson) known for putting aspiring actors in real snuff films using a maniacal monster known only as “Havoc” as his star. Unfortunately, the reporter soon becomes just another pawn in his game as she is put in his next film, an unwitting plaything for Havoc. As Havoc’s victims fight for their lives, a father (Bronzi), a cop hellbent on finding his daughter, wanders onto the property, putting himself between Havoc and his prey.

Everything about Cry Havoc harkens back to the days of midnight grindhouse cinema, and that’s not necessarily a bad thing. Bronzi, in full and obvious voiceover, Tyson and Sweet all play for keeps, going broke in a film that admittedly is anyone’s guess at how seriously it takes itself. Unlike Silent Rage and White Buffalo, the horror takes center stage here, undoubtedly largely in part to director Rene Perez’s approach. Perez, firmly placing himself in the category of horror director, plays the gore hard here and it does wonders to build the Jason Voorhees like character of Havoc up. Havoc himself is actually quite enjoyable to watch, a b-movie force of nature that plays itself as half rabid dog and half self –serving maniac.

If you’re looking for some late night b-movie faire that might just bring back some memories of downing a few root beers with dad when you should actually be fast asleep, Cry Havoc might just do the trick. RECOMMENDED.

Recommend0 recommendationsPublished in Exclusives, Featured, News, Reviews
Summary
Every frame of the 2020 Bronzi film ‘Cry Havoc’ is bathed in absurdity and I enjoyed the hell out of it.
Good
7.2
Good 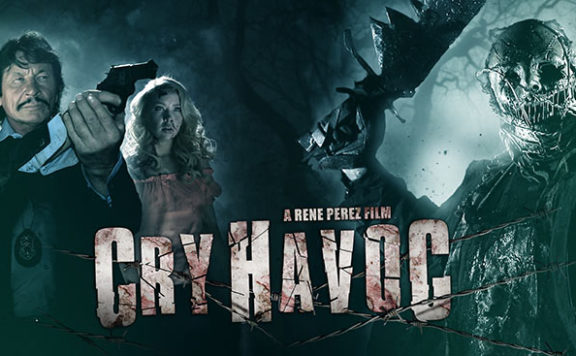 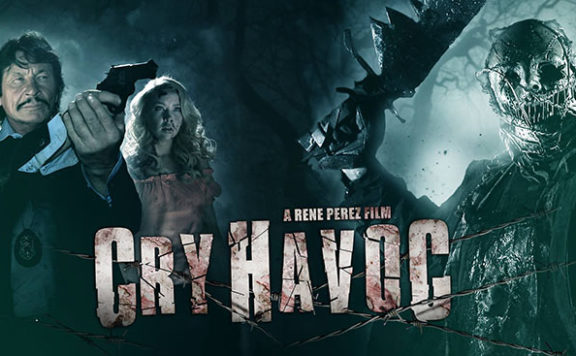 My father and I rarely were afforded the opportunity to bond when I was a kid. I was an academic kid with interests that fell well beyond what our tiny town in rural Illinois had to offer and he was the pure definition of the “manly-ma...
0
Average User Rating
0 votes
Have Your Say!
Your Rating: 0
Submit
Write A Review
Genre:horror-thriller