Los Angeles, CA (May 28, 2015): Once upon a time, when Americans burned their horror comics, a young man named Ray Bradbury fought back with his typewriter…and a story about a living corpse.

Actor Bill Oberst Jr.‘s theatrical reading of Ray Bradbury’s Pillar Of Fire opens in Los Angeles on June 5,  the anniversary of the author’s death. It runs through June 25 at two Hollywood area theaters. Details and ticket information on the performance are at www.hollywoodfringe.org/projects/2496.

Pillar Of Fire is set in the year 2349 on an Earth cleansed of all superstition – a place where Halloween, dark literature and burials are banned. Bodies are burned without ceremony in massive towers of cremation; the ashes of the forgotten dead blown into the wind. As Bradbury’s tale opens, the last cemetery on the planet is nearly emptied when the last dead man in the world wakes up. William Lantry is a 400 year-old walking corpse filled with hate for the living and determined to teach this sterile and sensible world the meaning of fear.

Oberst, a rabid Bradbury fan, says he hopes to tour with Pillar Of Fire and other Bradbury stories. “Vincent Price used to tour the world with living renditions of Poe’s works that delighted fans. I’d like to do the same with Ray Bradbury” he says.  “These LA shows are a test. I want to prove that fans will respond to great horror and fantasy literature done live.” Oberst says he especially hopes to make a tour of American libraries as a way of honoring Bradbury’s lifelong love affair with books.

Bradbury wrote the story in 1948 as comics like Tales From The Crypt, The Vault Of Horror and The Haunt Of Fear were being thrown into bonfires after a psychiatrist attacked them as morally corrupt in a best-selling book. “The campaign to cleanse young minds caught fire” says Oberst “and that’s the atmosphere in which Bradbury created Pillar Of Fire, which makes the case that we need the dark in order to to balance the light. It’s a passionate defense of Halloween and things that go bump in the night. I hope fans will support it if they are in Los Angeles in June. We who work in the darker genres still take heat from those who look down on us, but Ray Bradbury wasn’t ashamed to have his name associated with horror, neither am I.”

0 0
Previous ArticleInterview: Gautier Cazenave – Director of Sherlock Holmes. vs FrankensteinNext ArticleIt’s death by llama in the new trailer for Llamageddon!!!

Ghostbusters Trailer #2 Continues to Date-Rape All Those Good Memories You have
May 18, 2016

Walker Stalker Returns to Chicago This May
January 16, 2016 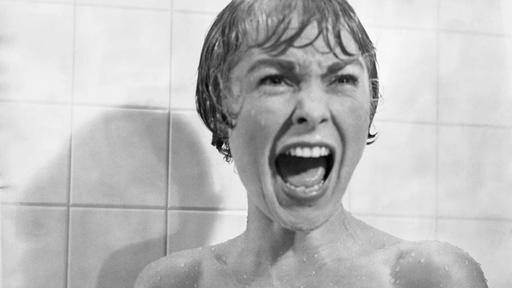