Shudder, AMC Networks’ premiere streaming destination for exclusive and original genre entertainment, announced today it will present the streaming debut of the Shudder Exclusive film ONE CUT OF THE DEAD this Tuesday, September 24. The hit zombie comedy will be available for all Shudder members to stream in the U.S., Canada, UK and Ireland.

One of the most critically-acclaimed genre films of the past decade and a record-shattering blockbuster in its native Japan (it was made for $27,000 with a cast of unknown actors and went on to gross $28 million in Japan), ONE CUT OF THE DEAD first appears to be a one-take indie zombie film… but something magical happens 37 minutes in: the film’s director yells cut and—throwing all cinematic conventions and viewer expectations to the wind—it transforms into a charming story about the power of family, the passion that goes into making movies, and, in its stunning final sequence, an uproarious meta re-examination of the film’s opening single take and how it came to be!

The movie has been called “the best zombie comedy since Shaun of the Dead” and has a 100% Certified Fresh rating on Rotten Tomatoes with 63 reviews.

While shooting a low-budget zombie film in an abandoned warehouse, the crew find themselves caught between actual zombies and a mad director who won’t stop rolling. If you think you know what happens next, think again. Filmmaker Shinichiro Ueda turns the film on its head more than once for one of the wildest, funniest, and most surprising zombie movies of all time. 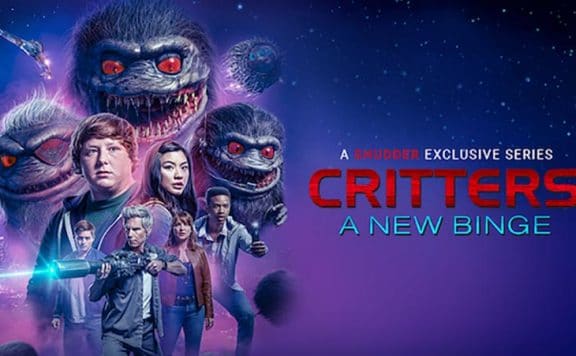