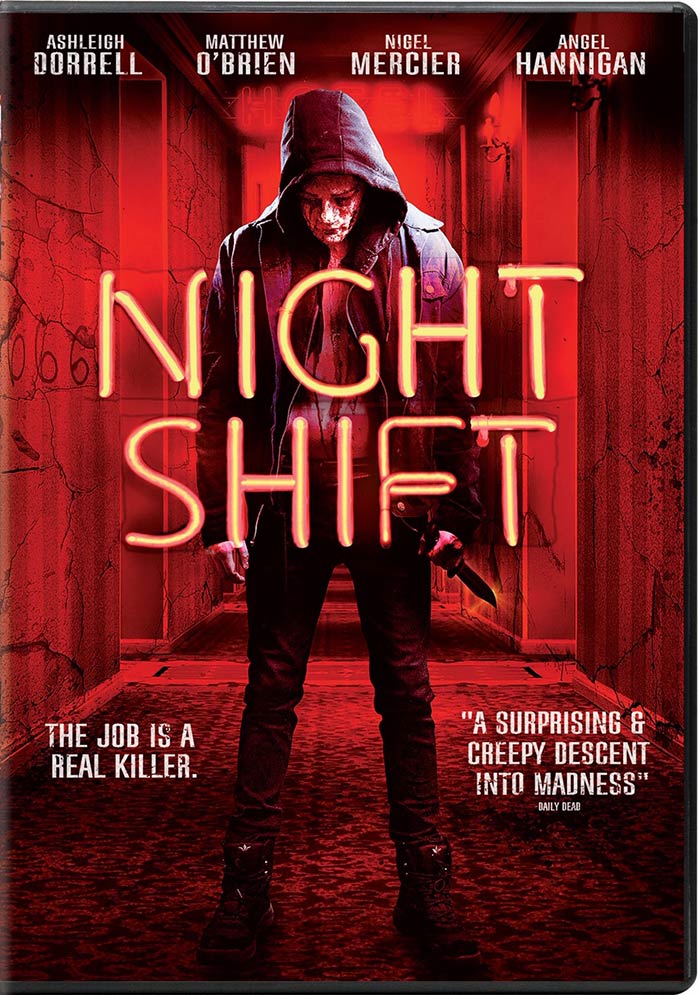 From writer/director Stephen Hall comes this utterly terrifying film that Daily Dead calls “a surprising and creepy descent into madness.” Starring Matthew O’Brien (TV’s “Ripper Street”) and Nigel Mercier (TV’s “Fair City”), alongside newcomers Angel Hannigan and Ashleigh Dorrell, Night Shift will have you looking over your shoulder the next time you check in for the night.

Amy begins her first night shift in a hotel with a murderous past. Witnessing terrifying events and trapped within a loop, Amy must find a way to escape the flesh obsessed murderer and save residents of the hotel.

0 0
Previous ArticleDo you wanna see an Ash vs. Evil Dead Season 4?!?!?!Next ArticleReview – How I Learned to Stop Worrying and Love “Camp Death III in 2D” 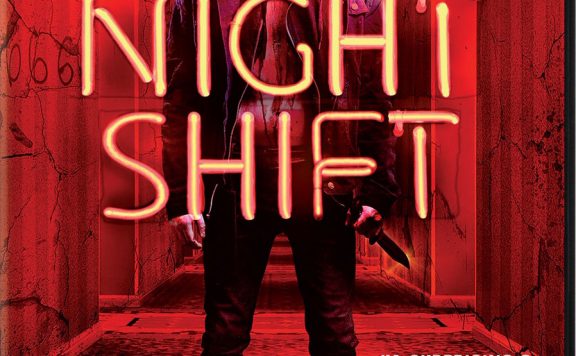