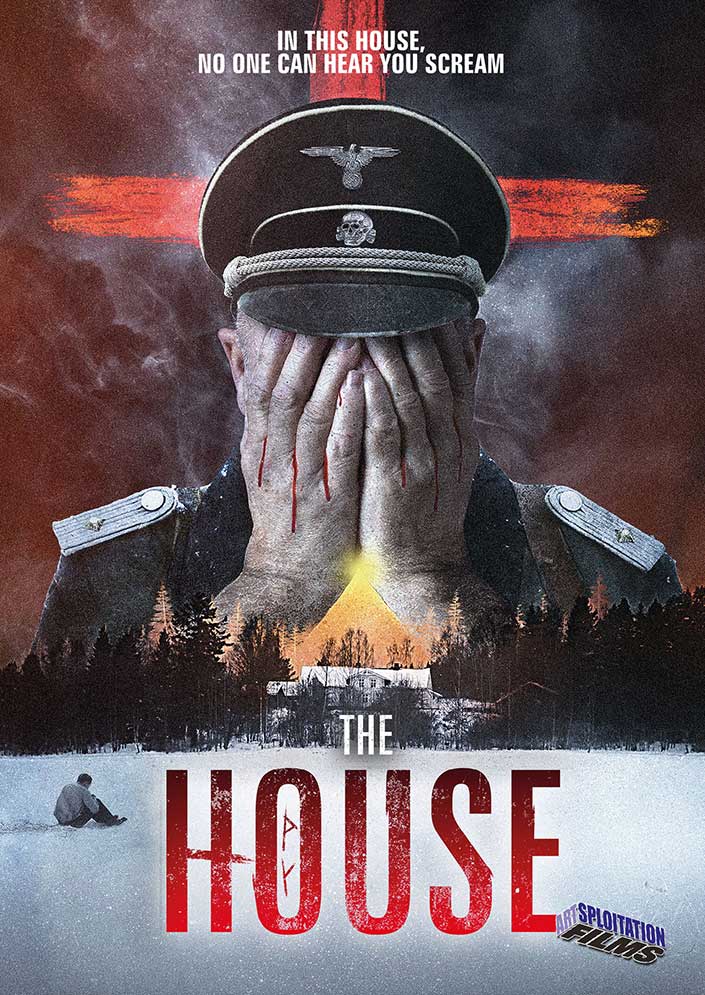 Artsploitation Films will release Norwegian director Reinert (Christmas Blood) Kiil’s horror film The House (original language title, Huset) March 5th. Artsploitaiton Films’ president Raymond Murray said, “It may have taken a few years for the film to get to American audiences but I am sure horror fans as well as arthouse film-lovers will enjoy this creepy, thought-provoking ghost story.”

“Fantastic..this is a horror film that does Norway justice.” – Modern Horrors

Set in the frozen wilderness of Norway during WWII, 2 German soldiers escort a Norwegian soldier and prisoner of war but the weather is taking a toll on them. They find an empty house near the forest where they finally can get some rest. However, what seems to be a warm and welcoming shelter turns much more sinister and deadly. They begin to wonder if they have somehow have stepped into a sort of psychological hell from which there may be no escape.

The House – Trailer from artsploitation on Vimeo.