The Ghoul Log, Shudder’s beloved 24/7 streaming jack-o’-lantern, is back with a sequel for the Halloween season: Return of the Ghoul Log. Indie horror legend Larry Fessenden (Depraved, Habit, Until Dawn) created the new version, which has grown this year to include mysterious goings-on and strange occurrences.

Both Ghoul Log and Return of the Ghoul Log are now available on Shudder, AMC Networks’ premium streaming service for horror, thriller and the supernatural.

“Thanks to Shudder for bringing Halloween to Glass Eye Pix a little early this year,” said Fessenden. “Had a blast with pal Beck Underwood bringing spooky visitations, aural and visual, to this creepy tableau… don’t blink! You might miss something.”

The first Ghoul Log debuted on Shudder in October 2018, doing for Halloween what the famed Yule Log has long done for Christmas. The long, unbroken feed of a candle-lit jack-o’-lantern accompanied by spooky night sounds was an immediate hit among horror fans, who quickly incorporated it into their holiday decorations.

For 2019, Shudder reached out to Glass Eye Pix’s Fessenden who, in addition to his work as a director, writer, actor and producer, is also a co-creator of the critically-acclaimed Tales from Beyond the Pale, a long-running series of horror audio dramas that has recently launched as a weekly podcast. Fessenden’s Return of the Ghoul Log includes animations created by the director and Beck Underwood (Creepy Christmas Film Festival 2008 & 2018) with occasional digital enhancements by Glass Eye Pix’s James Siewert. Edit and mix are by Fessenden. 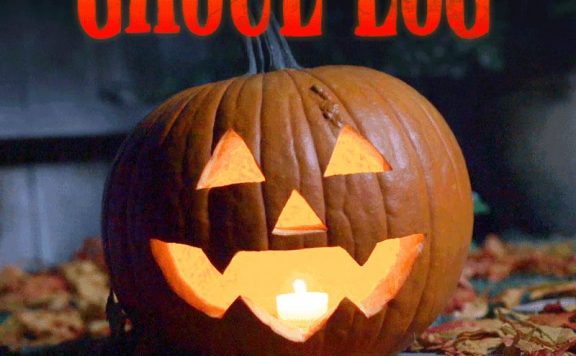