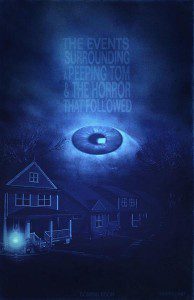 So we get a LOT of Kickstarter projects come through our doors, and although we would love to see EVERY one of them get made, well, you gotta be discriminate sometimes. What we can say is that if you plan on donating to just one project, we think we have just the one to open your wallet for. “Events Surrounding a Peeping Tom and The Horror That Followed” is definitely got a lot going for it. The premise itself is just fresh enough to make the average horror fan stand up and take notice. They already have Hannah Fierman and Damian Maffei attached. Official synopsis taken from the Kickstarter page below.

“The Events Surrounding a Peeping Tom & the Horror That Followed is the disturbing story of Martin Malone, a lonely Peeping Tom who finds himself caught and arrested following a misstep. As he nears the end of his court-mandated rehabilitation, Martin is still unable to fight his urges and begins to peep again. It is then that he discovers Rowan, the girl of his dreams. As his obsession with her grows, he begins to suspect that she may be involved with the occult. Using his peeping skills, Martin begins an investigation that leads him down a twisted path to something more horrible than anything he could ever imagine and realizes that all the while, he’s being watched himself…”

SO head on over to the official Kickstarter page and help this truly unique project get off the ground! 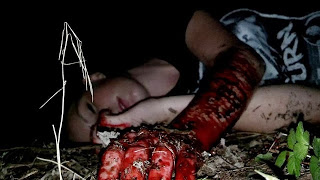 Horror Boards Summons Cthulhu, Chainsaw Cannibals and Heroes from the Sky!!!
May 26, 2017