Director Alex Noyer to helm based on the acclaimed short

Praise for the short:”gruesome yet awesome” — Dread Central

Jasmin Savoy Brown (“The Leftovers”, “For the People”) has been tapped to star as Alexis, a musician who developed a rare condition which allows her to experience music audio-visually. As her most intense experiences come from human harm, her artistic collaborators unwittingly become her victims.

Lili Simmons (“Ray Donovan”, “Banshee”) has been tapped to play Marie, Alexis’ outgoing roommate with a heart of gold.

Newcomer James Jagger (“Vinyl”) rounds out the lead cast as Duke, a free-spirited musician. He’s drawn to Marie, but can’t get a read on the mysterious Alexis.

Conductor follows Alexis (Brown), a formerly deaf woman who recovered her hearing and gained synesthetic abilities after witnessing the brutal murder of her family when she was a child.  Finding solace in the sounds of bodily harm, she pursues a career in music, composing her masterpiece through gruesome murders.  She is supported by her loving roommate Marie (Simmons), who is blissfully unaware of the part she plays in Alexis’ work.  Faced with the possibility of losing her hearing again, Alexis relentlessly pursues her masterpiece through gruesome sound experiments on human flesh. 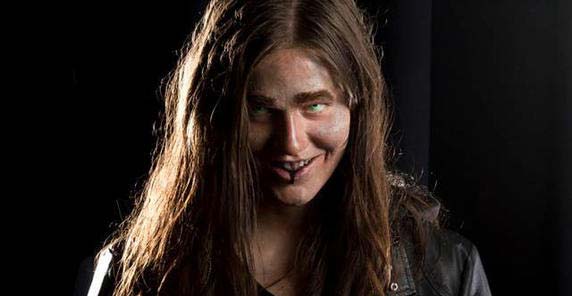