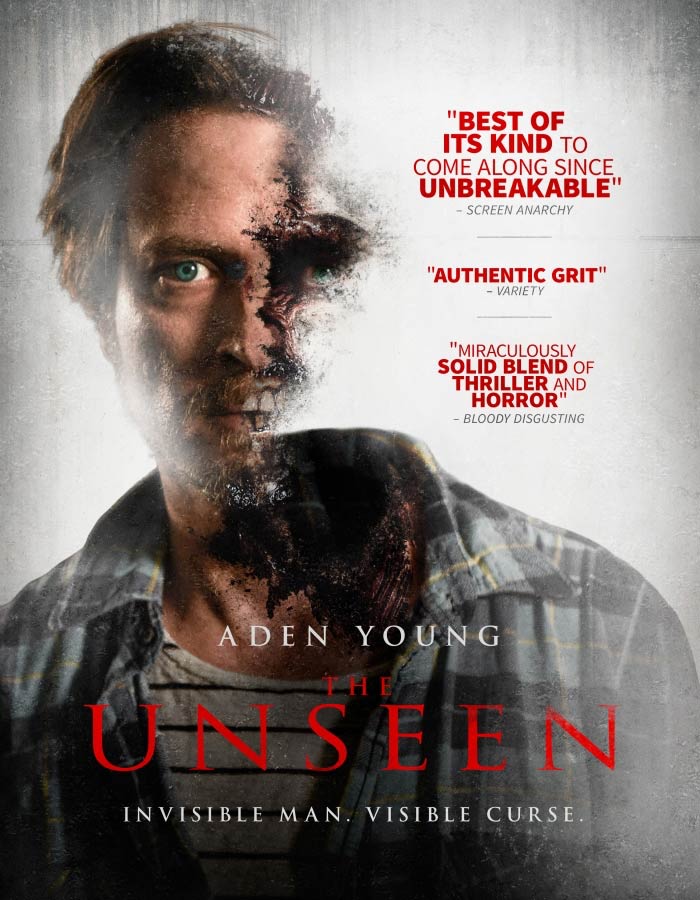 The Unseen is an upcoming invisible man film from director Geoff Redknap (Cabin in the Woods). This title had its World Premiere at Montreal’s Fantasia Film Festival, this past Summer. Now, The Unseen is set to show on DVD and Digital, through United States’ film distributor Monarch Home Entertainment this February 26th.

The Unseen stars Aden Young (“Rectify,” 2013) as Bob Langmore. He has a strange condition, in which his body is slowly disappearing. Dissolving away, Bob reaches out to his family with time running out. However, his former wife, Darlene (Camille Sullivan) tells him that Eva (Julia Sarah Stone) is missing, leading to Bob’s desperate search for a reunion.

Monarch Home Entertainment will begin the film’s launch later this month. On February 26th, The Unseen will be available in the U.S., on DVD; this release has not been rated. The Unseen will also be available in a widescreen format, for film fans. And, director Redknap says that his influences include H.G. Wells’ The Invisible Man: “I did take some ideas from….H.G. Wells’…work” and some of those influences can be seen in the film’s official release trailer, found here.

Official synopsis: A man, who years earlier mysteriously abandoned his family and isolated himself in a small northern town, returns for one last chance to reconnect with his troubled daughter. When she goes missing, he risks everything to find her, including exposing the fact that he is becoming invisible.

0 0
Previous ArticleForgiveness out on Steam on Feb 28Next ArticleI Like Scary Movies: Interactive Art Installation