As we near the launch date of our horror board game Kickstarter, “Horror Boards” (October 16th), we thought we’d give you, the readers, a very special announcement. Originally conceived as a commercial for the Kickstarter, we have been hard at work on the first Horror-Fix produced short film, “Play with Me”. Inspired by events in the game, the horror short follows Girl (Katie Schooley) as she is being pursued through a labyrinthine woods by a relentless killer known only as the Stag (Travis Taylor). As the chase draws to a close it is apparent that there are forces beyond the control of both killer and victims.

The short horror-comedy was produced, directed and written by Horror-Fix Owner Ash Hamilton and will be released Friday, September 14th here on Horror-Fix as well as the site’s dedicated Youtube channel. Images Below.

0 0
Previous ArticleUnravel the Mystery of ‘DIANE’ in Theaters and On VOD This SeptemberNext Article‘TEARFUL SURRENDER’: A TALE OF SUPERNATURAL TERROR

Horror Boards Summons Cthulhu, Chainsaw Cannibals and Heroes from the Sky!!!
May 26, 2017 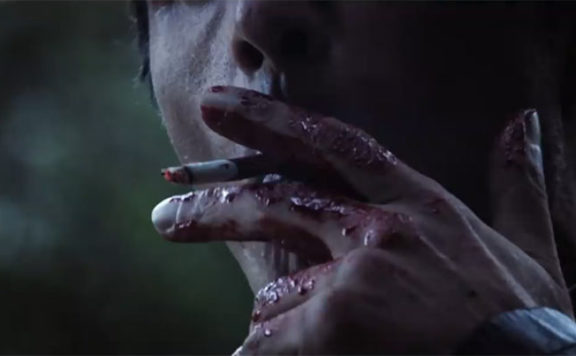 Michael Paré and Robert Lasardo Join the Cast of ‘The True Tale of Ole Splitfoot vs. the Lesbian Warrior Nuns of the Great White North’
April 23, 2020