Francois Arnaud, who played opposite Jeremy Irons in Showtime’s The Borgias and stars on NBC’s Midnight Texas, is JARED. Arnaud broke out on the international scene at Cannes’ Director’s Fortnight with his award-winning performance in Xavier Dolan’s I KILLED MY MOTHER.

HOME is directed and produced by award-winning genre-festival darling Adam O’Brien of Delirium Pictures, produced by Philip Kalin-Hajdu, who penned the original script, and Benoit Beaulieu, who also serves as Director of Photography.

Recently, Kalin-Hajdu co-wrote and produced award-winning feature GAME OF DEATH, which had its world premiere at SXSW ’17 before a major festival run. He is also producer on lauded, groundbreaking web-series YidLife Crisis.

HOME is a psychological horror film that sees Meredith (Hampshire), her husband Jared (Arnaud) and son Alex (Convery) face unspeakable terror in the wake of a family tragedy.

“Francois is phenomenal and he is pushing this role to places that will surprise audiences. We are thrilled to have him and watch him bring Jared to life. Christian’s maturity and nuanced performance puts a whole new spin on child characters in horror – you will understand why he is in such high-demand already,” said Kalin-Hajdu and O’Brien. 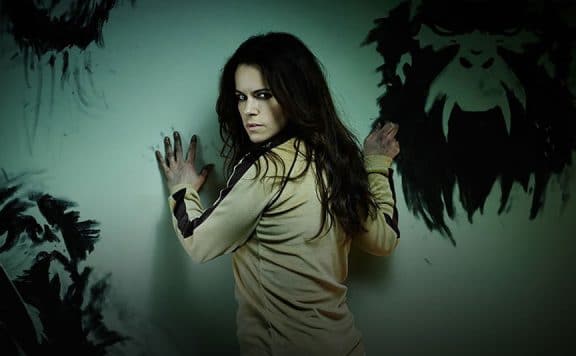