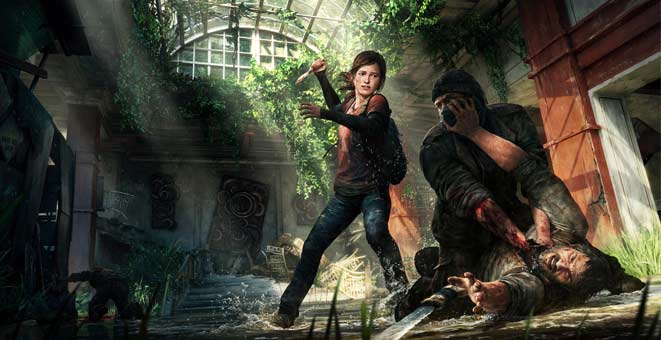 Fans of the horror genre of entertainment tend to focus largely on the film and television industries, where thrilling scares are released year in and year out. However, for those interested in a more interactive experience, we’re also seeing an increasing number of popular horror releases in the gaming industry. Here are a few prominent examples across various modes of gaming.

A game that just seems to get more buzz every week, Year Walk is an indy app game from Simogo. Words like “haunting” and “atmospheric” appear frequently in reviews, but can’t quite do the game justice. Basically, the game takes you through a creepy and otherworldly quest through a dark, mysterious forest, and each new turn or bit of progress brings fresh horror, or sometimes just weirdness. It’s a unique experience among horror gaming options.

The Last Of Us

A major console game, The Last Of Us is a brilliantly unsettling action/horror experience. IGN’s review notes that it’s reminiscent of the Cormac McCarthy novel The Road, in that it’s essentially the tale of survivors in a post-apocalyptic world full of surprises and dangers. The important difference, of course, is that in The Last Of Us, you can truly experience this world in a vivid and often terrifying way. 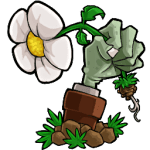 It’s a lighter option, to be sure, but the delightful PopCap game Plants vs. Zombies is a great cartoon horror option. For those unfamiliar with the game, it’s essentially a twist on a tower defense format in which you use combative plants to stop waves of zombies from attacking your home. Once you’ve played the original, be sure to check out the sequel, which is undoubtedly one of the best free app games ever made.

The Room & The Room Two

Some of the most impressive gaming apps we’ve ever seen on mobile devices, The Room and The Room Two were developed by Fireproof Games. For a while, playing one of these games just feels like solving an intricate, beautiful 3D puzzle. But when the underlying story begins to take hold (basically, you’re following a colleague through newly discovered dimensions and deeper into the unknown by reading clues he’s left behind) and the puzzles get creepier, there’s a genuine dose of horror in these wonderful games.

Day Of The Dead

This is a good horror option for those who enjoy just a touch of a scary theme, without anything too terrifying or serious. You can find the Day Of The Dead slot machine at the Betfair Arcade online, and place real money on the game like at any real slot machine. In the end, no slot experience can be too terrifying (unless, of course, you gamble too recklessly!) but the artwork involved in this game brings in classic horror themes in the form of skeletons and undead creatures.

Zombies is not so much its own game as an extremely popular mode of play within the Call Of Duty franchise, and frankly no list of horror games would be complete without it. The mode differs depending on the version of CoD you’re playing, but essentially it’s an all out shootout with relentless waves of zombies, and nothing could be more classically horror-related! You can read our prior review of one version of CoD Zombies here.

There are more examples out there, and in many people’s minds any game involving shooting and combat, or ghosts and exploration, can qualify as horror. But for some of the best games in various genres—some light-hearted, and others serious—these are the very best options in the genre.

0 0
Previous ArticleInterview: The Art, Music, and Philosophy of menton3Next ArticleDial 9 To Get Out Kickstarter begins