Deacon of Dream Street, Jared Masters (Slink, After School Massacre, Ballet of Blood) has had his latest and raciest novel, Sunny Nightmare, published. The paperback is now available on Amazon.

It’s a lude, crude biographical account of his daily life. How a homeless Hollywood director found the funk and got paid. From the urine-scented streets of Hollywood, to the bowels of New York City, and beyond! Gerald Beanery, a down-and-out Hollywood filmmaker tries to find love, happiness and the meaning of life, in this outrageous and hysterical traveling adventure story. From making movie deals with terrible producers in Hollywood, to wild burlesque houses in Manhattan, to avoiding violence in Venice Beach, to being hustled by carnies in Coney Island, Sunny Nightmare is a hilarious, yet poignant journey of one man’s dream, and how he struggled through the insanity of this world to obtain it.

Jared Masters will be signing his new book, in person, at the Frolic Room 6245 Hollywood Blvd, Los Angeles, CA 90028 on Friday, June 28th from 5-6pm! Grab a refreshing cocktail, meet the Sultan of Sensationalism and pick up a signed copy of this shocking new book for a mere $10 (cash only).

Jared Lee Masters is an American filmmaker, actor, author and composer. He is the founder and president of Frolic Pictures in Hollywood, California. He came on the scene in 2011 with Climb It, Tarzan!, one of the few films in history to feature an all-female cast. He has since written and directed over a dozen feature films, including Slink (2013) and After School Massacre (2014). He has appeared in numerous films and television shows, such as Ugly Betty and Saturday Night Live.

Masters was born in Georgia, but his father’s stint in the Army (and, later, his law practice) kept the family of six moving to various cities across the globe (including Kansas City, Virginia Beach, and Portsmouth, in the US, as well as Germany). Masters attended public and private schools in Richmond, VA. His interest in filmmaking began at age 14, when he directed and edited skateboarding videos and sold them to schoolmates. At 15, he taught himself classical piano, and later composed music for some of his films. Masters joined the Screen Actors Guild in 2007 and moved to New York City, where he landed minor acting roles in Union films and television. While living in New York he directed The Umbrella and the documentary Meet the Freaks at Dreamland.

In 2010, Masters moved to Venice Beach, California, and made his first full-length feature film: Climb It, Tarzan! (2011), followed by 8 Reels of Sewage (2012). Both are period films set in the 1960s. Masters was nominated for two EOTM Awards for his feature film Slink: Best Director in a Horror Film and Best Scream Film. The EOTM Awards show was held at the Pacific Design Center in West Hollywood, California, on August 4, 2013. Masters won the 2013 EOTM Award for Best Horror Film for Slink. His film Teachers’ Day was an Official Selection of the 2014 Shockfest and Mockfest Film Festivals, and was nominated for the Zelig Award, the highest honor from Mockfest. Punkettes won Festival Favorite at Galactic Film Festival 2014. Ballet of Blood won Audience Choice Award at the 2015 RIP International Horror Film Festival.

Some of Masters’ filmmaking trademarks include: retro themes, female empowerment, fetishism, burlesque as an art form, voyeurism, society’s underbelly, carnival and circus themes, as well as cinematic homages to 80’s slasher films and B movies of the 1960s.

Other books by Jared Masters include: The Cinematic Equation,

Horror director Jared Masters’ new book ‘Thoughts Are All You Have’ published.
January 12, 2020 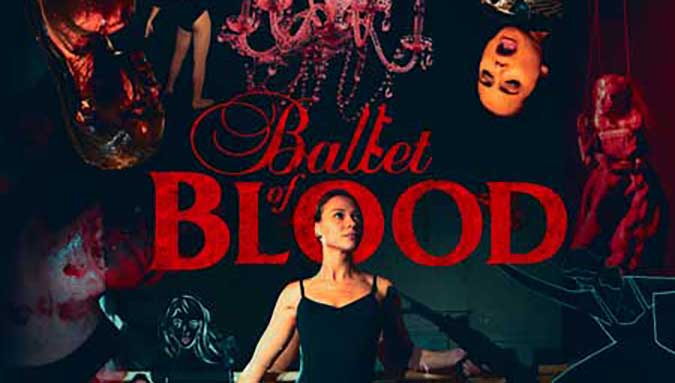