“The Rage of the Stage Players, Pittsburgh’s longest-running dark/fringe theatre company (now our 19th season), are thrilled to announce that, with the permission of horror icon Tom Holland, we will be presenting a visceral dramatized livestream performance, that will welcome audiences to Fright Night…FOR REAL.

Come join us on Sunday, August 2, 2020, for a historic, not-to-be-missed, “Fan-niversary” event, to celebrate the original film’s release, 35 years to the day! It will include an introduction by the film’s creator, Tom Holland (Child’s Play, Psycho II, Stephen King’s Thinner), and feature narration by Jonathan “Billy Cole” Stark, one of the stars of the original Fright Night.

A painstakingly adapted “love letter” to the source material, written and directed for the stage by Pittsburgh playwright (and die-hard fan) James Michael Shoberg, Fright Night celebrated its world premiere in October of 2018, produced by The Rage of the Stage Players.It is a faithful representation of the cult film (brimming with “Easter eggs”), and, like every Rage production, it contains new twists and turns in the spirit of the original, that will make it just as new to horror fanatics as it is to Fright Nightvirgins! This free livestream reading of the stage script, dramatized by many of the actors from the play’s inaugural production, will give all those who were unable to attend the show’s premiere, an opportunity to experience it for themselves!

Fright Night, set in 1985 (the year of the film’s release), tells the tale of Charley Brewster, “the boy who cried vampire.” Charley is an All-American teen and horror enthusiast. Upon witnessing the very strange and unsettling nightly activity of his new neighbors, Jerry Dandrige and Billy Cole, Charley begins to believe that Dandrige is, in fact, one of the blood-sucking undead.

Considering his well-established taste for the macabre, Charley is unable to convince his mother Judy, his girlfriend Amy, and his best friend “Evil” Ed Thompson, to take him seriously. This leaves Charley with little choice but to seek the aid of his childhood hero, a hammy B-movie vampire hunter by the name of Peter Vincent, whose perceived expertise Charley needs to defeat Dandrige and protect those he loves.” 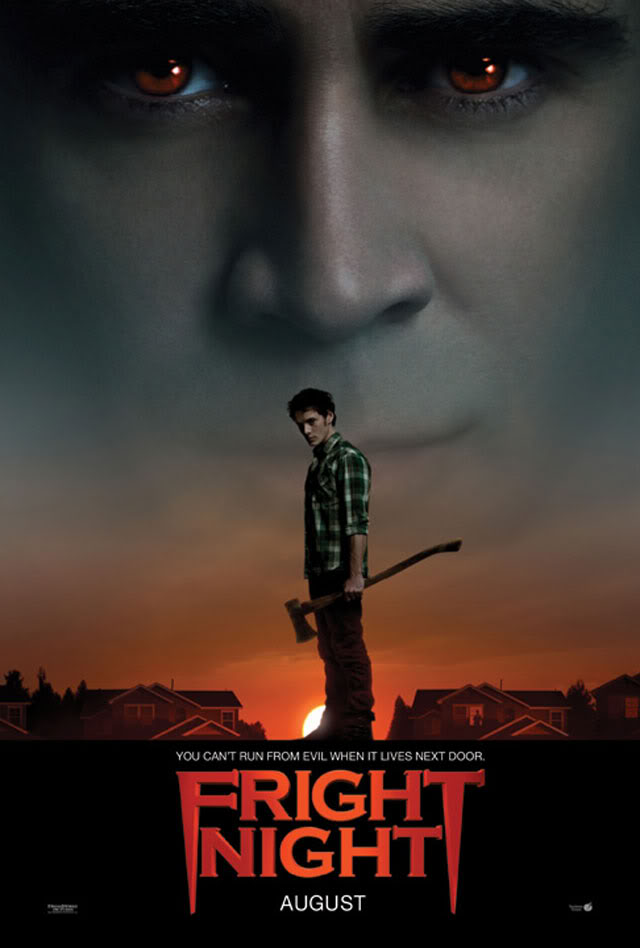