“Couldn’t put it down. The action is nonstop relentless…I can’t wait for the movie!” says Jack Ketchum, bestselling author of The Girl Next Door.

Fans of fantasy, westerns, horror, and action are sure to enjoy the high-octane thriller in which the heroes who won’t back down find themselves trapped on a train and facing an unbeatable battle against a horde of unstoppable werewolves. Eric Red’s classic feel meets with a whole new brand of adrenaline-fueled excitement that will entertain fans for hours.

“With this series, I wanted to create a new epic dark fantasy mythology of legendary heroes battling supernatural monsters in fantastic realms that will span a trilogy and take readers where they haven’t been before,” says Eric Red when asked about his inspiration for the series.

“The Men Who Walk Like Wolves series is a crossover of the western and horror genres, mixing classic western gunfighter good guys with classic horror bad guy werewolves,” says Red, “Because both western and horror are action-packed, good guy-versus-bad guy stories, it’s a natural mash-up.”

The Wolves of El Diablo is a hit for avid readers of several genres, and everyone who loves a good story. Published by SST Publications, it is available for pre-order on Amazon in Paperback and e-Book Formats.

About Eric Red: Eric Red is a Los Angeles-based novelist, screenwriter, and film director. His first two novels, a dark coming-of-age tale about teenagers called DON’T STAND SO CLOSE and a dark fantasy called THE GUNS OF SANTA SANGRE are available from SST Publications. His other two novels, a science fiction thriller called IT WAITS BELOW and a mystery crime thriller called WHITE KNUCKLE, are available from Crossroad Press. His fifth novel THE WOLVES OF EL DIABLO, the sequel to THE GUNS OF SANTA SANGRE, will be published in hardcover, trade paperback and digital editions by SST Publications in August 2017.

The first two of his Joe Noose Western novels, NOOSE and HANGING FIRE, will be published by Kensington Books in 2018 and 2019. Mr. Red directed and wrote the films COHEN AND TATE for Hemdale, BODY PARTS for Paramount, UNDERTOW for Showtime, BAD MOON for Warner Bros. and 100 FEET for Grand Illusions Entertainment. His original screenplays include THE HITCHER for TriStar, NEAR DARK for DeLaurentiis Entertainment Group, BLUE STEEL for MGM and THE LAST OUTLAW for HBO. 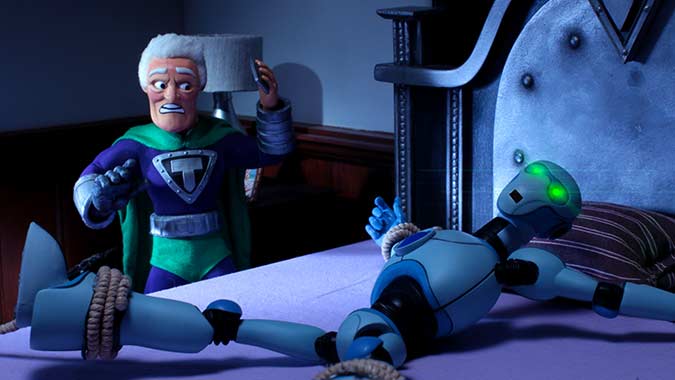