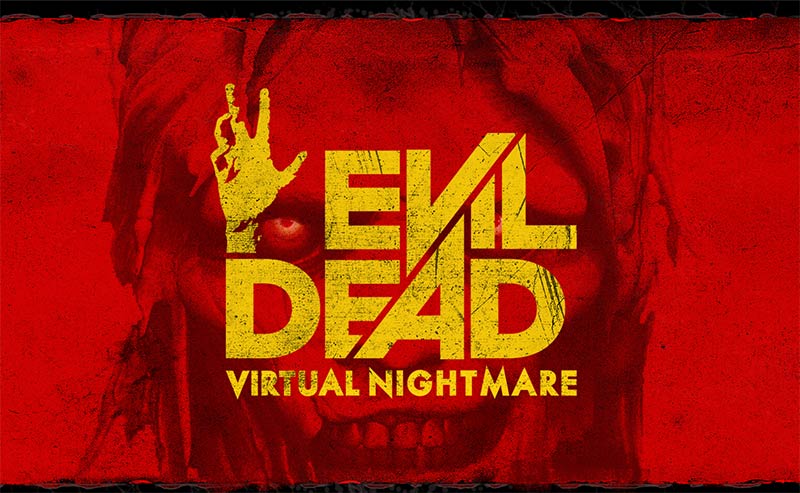 following on from the successful partnership that brought ‘Evil Dead: Endless Nightmare’ to iOS and Android, indie publisher Boomdash Digital has today announced that they have brought the companies back together for an exciting new VR project.

‘Evil Dead: Virtual Nightmare’ will offer fans a truly unique opportunity to fully immerse themselves within the Evil Dead universe unlike ever before. With 360 degree sound and vision the players can roam freely around the Evil Dead world. ‘Evil Dead: Virtual Nightmare’ will offer players a thrilling experience in first person mode inside the infamous cabin and engage them taking on Deadites in the surrounding forest.

Scheduled for release in June 2018, ‘Evil Dead: Virtual Nightmare’ will be the second publishing project that Boomdash Digital has licensed from Ghosthouse Entertainment. By bringing together industry financing specialists Tasseract and continued support from Screen Northern Ireland, ‘Evil Dead: Virtual Nightmare’ will be developed in Belfast as part of the city’s growing creative scene. The deal was brokered on behalf of Ghosthouse by Striker Entertainment, Ghosthouse’s worldwide licensing agency.

“After the successful partnerships that was established for ‘Evil Dead: Endless Nightmare’, it only felt natural to bring everyone back together to collaborate on this next project. We’re excited to be working with all parties and bringing Evil Dead to the mobile VR audience. It develops further our capabilities of working with brand owners to mobilise their properties to existing and now VR audiences.” – Viktorya Hollings, Production Director at Boomdash.