A new clip has been released for the horrifying kidnap thriller Wolf Mother, titled “Last Night I Heard Something.” Produced by Riding Hood Motion Pictures and shot by director Erik Peter Carlson (The Toy Soldiers), the latest clip shows actress Najarra Townsend (Contracted) as Zelda. Zelda is haunted by a missing child, in this unsettling sneak peek. Wolf Mother also stars: Golden Globe nominee Tom Sizemore (Saving Private Ryan), Kevin Pinassi (Bullet), Maria Olsen (Mark of the Witch) and ex-con actor Dave Vescio. All of these filmmakers come together in one the most daring features of the year.

In the story, a high profile child abduction case has taken place in San Francisco, California. A former Hollywood icon, Zelda sets out to find the child. Along the way, she meets Ben (Pinassi), a misogynistic petty thief. Together, they will have to overcome their own personal demons, if they want to find the missing girl.

Wolf Mother had its Hollywood premiere in June, at the Chinese Theatre. Here, the film was received by a sold out crowd. The film is currently on its film festival run, with specific appearances to be announced, shortly. As well, the film will be released on home entertainment, once distribution is secured.


Official synopsis: In an attempt to rectify their criminal past, a once successful Hollywood starlet, turned prostitute, and a petty thief, set out together to solve a high profile child abduction case in San Francisco. 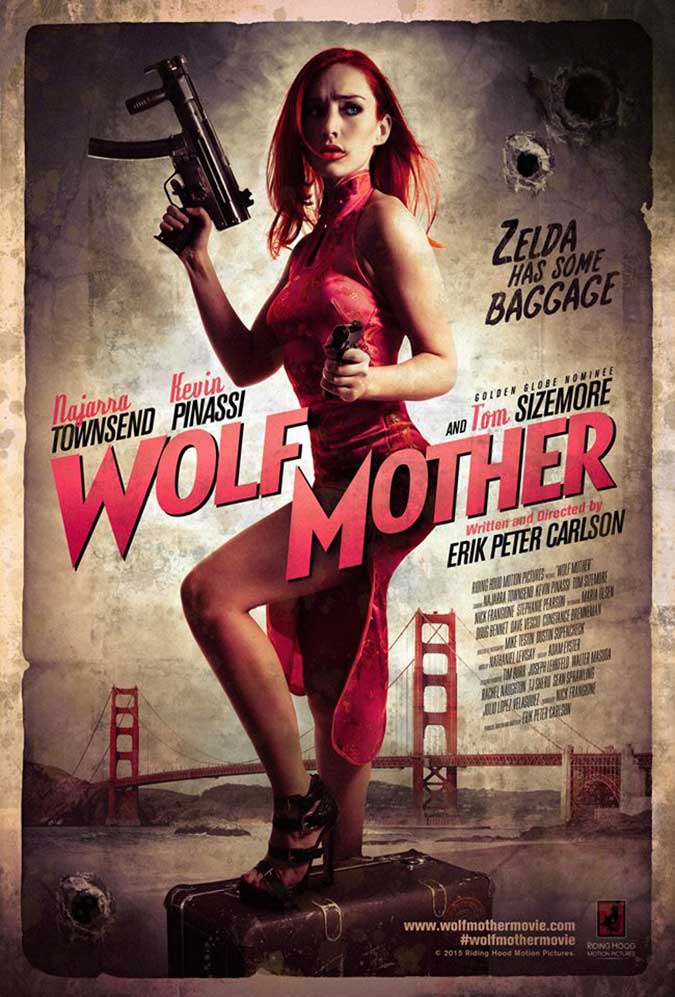