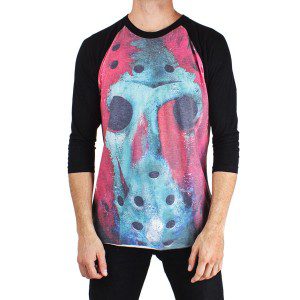 The line kicks off with several new designs: a baseball shirt emblazoned with an all-over print of Jason’s red and blue mask inspired by the Jason Takes Manhattan poster, a tee featuring a comic book-style rendering the maggot-covered Part VII Jason and a tee with a simple message for fans of Part IV: “Don’t Be a Dead Fuck!”

Last but certainly not least, more Dead Heads are up for grabs. Each Madballs-style 4-inch rubber ball is styled to look like Jason’s grotesque head, complete with removable resin masks. It comes in both classic and 8-bit variants, but there are only 5 of each. The first batch sold out in less than 2 hours, so you’ll have to be faster than Jason Voorhees if you want one.

“To me, Friday The 13th is like Christmas,” states Electric Zombie owner Kyle Crawford. “There’s magic, everyone is eating Christmas dinner and opening gifts, except on this day, it’s eating popcorn and watching someone get hacked up by a dude in a hockey mask. This year we have 3 of them, and I want to make sure that everyone is celebrating – and doing so in style.”

These items will be available at 12:01am (EST) on Friday the 13th of March at TheElectricZombie.com. With nearly every look of Jason from the original Friday the 13th series represented, franchise fanatics will be well equipped for their next trip to Camp Crystal Lake. 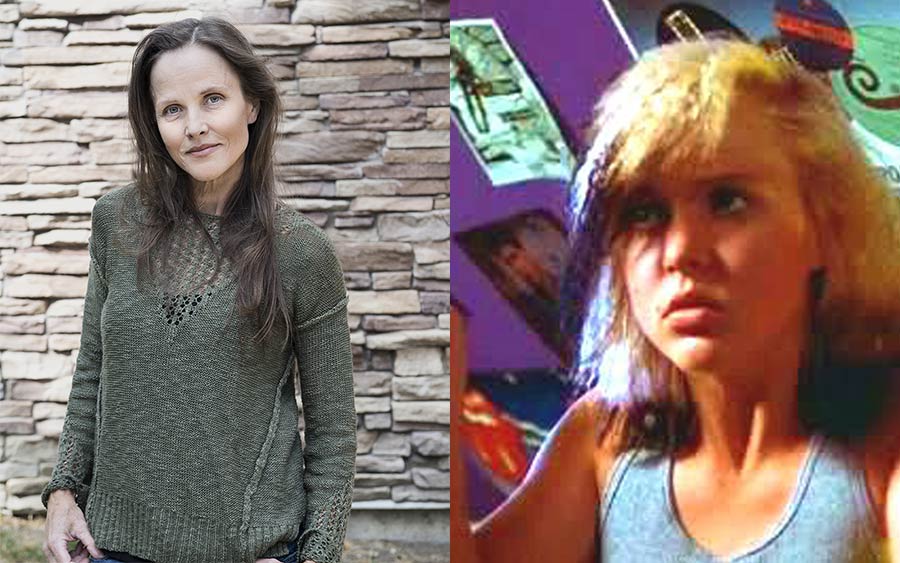