Dynamite Entertainment announces a Kickstarter campaign for “The Art of Troma Experience.” The publisher expands and takes their partnership with Troma Entertainment to the next level by offering fans an exclusive “Troma Experience” that goes beyond the anticipated book for an even more immersive connection to the film studio and its long history.

When asked about the book, Troma President and evil mastermind Lloyd Kaufman had the following to say, “If you know how to read, then “The Art of Troma” is the best book for your collection. And if you DON’T know how to read, you should probably run for office! Michael Herz, The Troma Team and I are TROMAZED with the excellent work Dynamite Entertainment has accomplished with this book and are honored to be a part of the “Troma Experience” on Kickstarter! I love “The Art of Troma!” It is the Best Book of all time! My mother reads it to me every night before she tucks me in at bedtime.”

“Troma’s film library is vast.  And while Toxic Avenger is their most well-known creation, they’ve also released so many other much beloved films. In addition, they were the starting point for the careers of some of the most talented people in entertainment today, including JJ Abrams, David Boreanz, Kevin Costner, Samuel L. Jackson, Trey Parker and Matt Stone, and James Gunn.”

“We’re honored to be working with a living legend such as Lloyd and his team at the studio!” states Dynamite CEO/Publisher Nick Barrucci.

Supporters can choose between two versions of the book and countless reward tier options. Both editions are 256 pages and 9”x12”. The Standard Edition features green cloth binding with gold foil stamping. Deluxe Editions feature a retro book design in a slipcase. They will also include a 37-page fan art booklet, an 8”x10” Toxic Avenger print signed by Lloyd, and a bonus “bookmark” of actual film from Troma’s library.

Other items that can be received include one-of-a-kind “Toxic Waste” editions of the Standard Editions personally defaced by the Troma team. Toxic Avenger tee shirts are available. Fans can even get original props from their favorite films.

Lloyd Kaufman and Michael Herz created Troma in 1974. The studio continues to create films like The Toxic Avenger, Tromeo and Juliet, and Poultrygeist. Their “Movies of the Future” have dared fans to turn away from their slime and blood-soaked flicks. 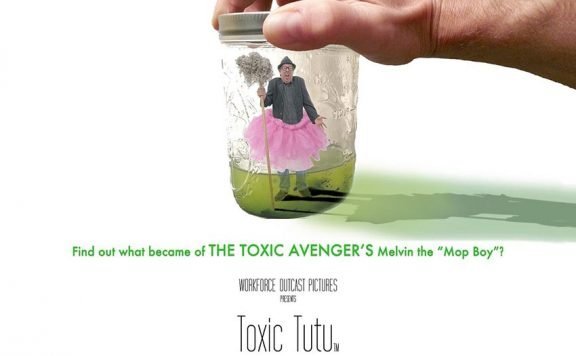 What Happened to Melvin the Mop Boy? Find out in ‘Toxic Tutu” 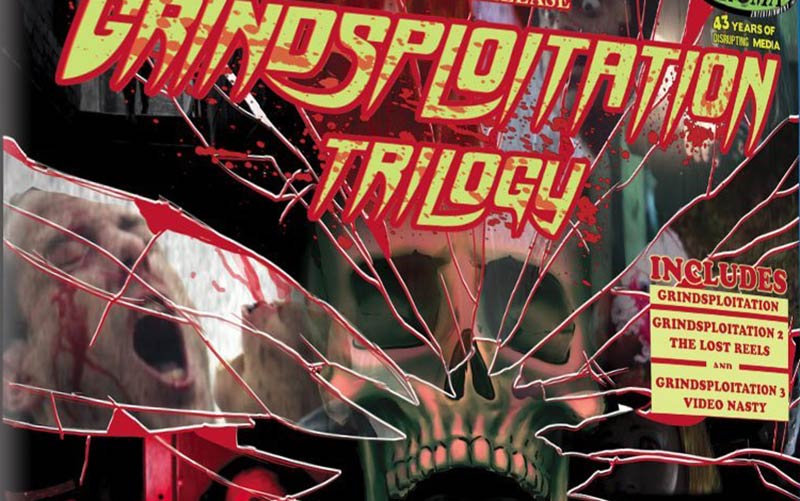 “The Grindsploitation Trilogy” now available on Blu-Ray courtesy of Troma